Footnote of the Day: The Satisfaction of Michigan v. Long?

The footnote from the Tennessee Supreme Court seems rather innocuous: 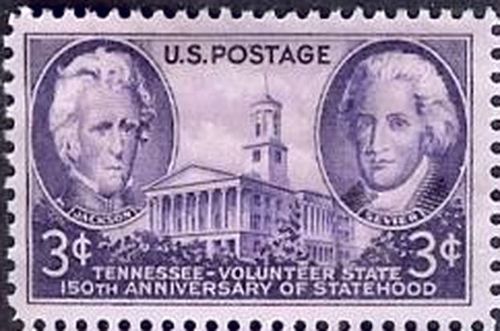 The Middlebrooks case in the footnote was Middlebrooks v. State, in which the Tennessee Supreme Court vacated Donald Ray Middlebook's death sentence.  The state sought certiorari to the United States Supreme Court, which was granted, oral argument was heard, and then certiorari was dismissed as improvidently granted.  The reason for the dismissal of certiorari was that footnote 7 in Howell, rendered 9 days after the oral argument in Middlebrooks.  The footnote  was deemed to satisfy the rule of Michigan v. Long.

The Court in Michigan v. Long, 463 U.S. 1032 (1983), enunciated its rule of judicial review for state decisions involving federal constitutional matters: the state court must include a "plain statement" that the decision rests on adequate and independent state grounds.  Otherwise, the Court will assume that the state court decided the way it did because it felt compelled to do so by federal constitutional law.  Interestingly, Michigan v. Long involved the state executive branch attempting to overrule its own state high court by seeking review from the United States Supreme Court.  Many other cases followed a similar pattern, as was the situation in State v. Middlebrooks.

However, as the Sixth Circuit opinion affirming a denial of habeas to Middlebrooks decided in September 2010 makes clear, the dismissal of certiorari did not end the matter.  After the Tennessee Supreme Court vacated the death sentence, "In 1995, a jury again sentenced Middlebrooks to death after finding that the murder was especially heinous, atrocious, or cruel and after weighing the aggravating and mitigating circumstances."   Middlebrooks then raised a number of constitutional claims in state postconviction proceedings, including ineffective assistance of counsel, and in the subsequent habeas petition in federal district court which was denied, and which the Sixth Circuit affirmed.

Meanwhile, Tennessee is one of several states that have turned over their supplies of sodium thiopental, a sedative widely used in lethal injections, to the federal drug enforcement officials because of controversies regarding the drug.

Listed below are links to weblogs that reference Footnote of the Day: The Satisfaction of Michigan v. Long?: