Footnote of the Day: Statements of Judicial Nominees or Candidates

In footnote 4 of her dissenting opinion in the 5-4 decision in Republican Party of Minnesota v. White, 536 U.S. 765 (2002), declaring unconstitutional an ethical prohibition on judicial candidates announcing their opinions, Justice Ginsburg wrote: 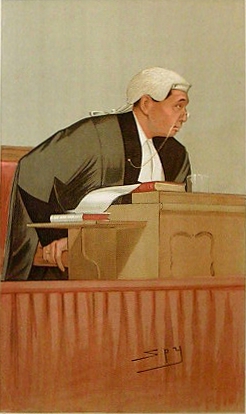 The author of the Court’s opinion [in the present case of Republican Party of Minnesota v. White] declined on precisely these grounds to tell the Senate whether he would overrule a particular case:

‘‘Let us assume that I have people arguing before me to do it or not to do it. I think it is quite a thing to be arguing to somebody who you know has made a representation in the course of his confirmation hearings, and that is, by way of condition to his being confirmed, that he will do this or do that. I think I would be in a very bad position to adjudicate the case without being accused of having a less than impartial view of the matter.’’

Listed below are links to weblogs that reference Footnote of the Day: Statements of Judicial Nominees or Candidates: