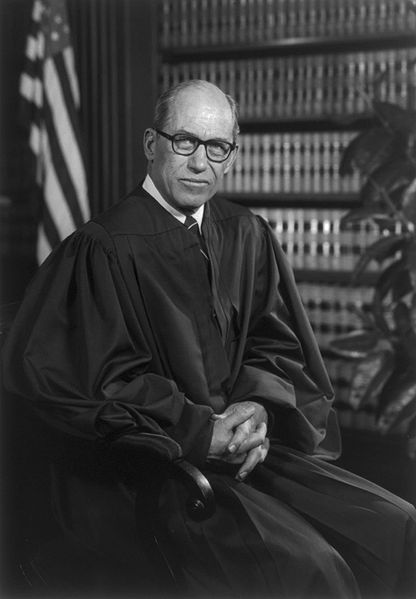 Criminal sodomy laws in effect in 1791:

Footnote 6 of the opinion then lists the "Criminal sodomy statutes in effect in 1868."

These footnotes are from the opinion of Justice White (pictured above via) for the Court in Bowers v. Hardwick, 478 U.S. 186 (1986), in which the Court reversed the Eleventh Circuit, and held Georgia's sodomy statute constitutional, based in large part on its reasoning that these criminal statutes formed a background against which a "claim that a right to engage in such conduct is "deeply rooted in this Nation's history and tradition" or "implicit in the concept of ordered liberty" is, at best, facetious."

Listed below are links to weblogs that reference Footnote of the Day: Colonial Criminal Sodomy Statutes :