Footnote of the Day: Citizens United and "the Bellotti footnote" Part I

A single footnote in [First National Bank of Boston v. ] Bellotti purported to leave open the possibility that corporate independent expenditures could be shown to cause corruption. 435 U. S., at 788, n. 26. For the reasons explained above, we now conclude that independent expenditures, including those made by corporations, do not give rise to corruption or the appearance of corruption.  Dicta in Bellotti's footnote suggested that “a corporation's right to speak on issues of general public interest implies no comparable right in the quite different context of participation in a political campaign for election to public office.” Ibid. Citing the portion of Buckley that invalidated the federal independent expenditure ban, 424 U.S., at 46, 96 S.Ct. 612, and a law review student comment, Bellotti surmised that “Congress might well be able to demonstrate the existence of a danger of real or apparent corruption in independent expenditures by corporations to influence candidate elections.” 435 U.S., at 788, n. 26, 98 S.Ct. 1407. Buckley, however, struck down a ban on independent expenditures to support candidates that covered corporations, 424 U.S., at 23, 39, n. 45, 96 S.Ct. 612, and explained that “the distinction between discussion of issues and candidates and advocacy of election or defeat of candidates may often dissolve in practical application,” id., at 42, 96 S.Ct. 612. Bellotti 's dictum is thus supported only by a law review student comment, which misinterpreted Buckley. See Comment, The Regulation of Union Political Activity: Majority and Minority Rights and Remedies, 126 U. Pa. L.Rev. 386, 408 (1977) (suggesting that “corporations and labor unions should be held to different and more stringent standards than an individual or other associations under a regulatory scheme for campaign financing”).

The Court’s critique of Bellotti ’s footnote 26 puts it in the strange position of trying to elevate Bellotti to canonical status, while simultaneously disparaging a critical piece of its analysis as unsupported and irreconcilable with Buckley.  Bellotti, apparently, is both the font of all wisdom and internally incoherent.

In First National Bank of Boston v. Bellotti, 435 U. S. 765 (1978), the Court found unconstitutional a Massachusetts statute that prohibited banks and other businesses from making contributions or expenditures to influence the outcome of a vote on any question submitted to voters other than questions materially affecting the property, business or assets of the corporation.

The troublesome footnote, footnote 26, including its "cf" signals and citations, provides: 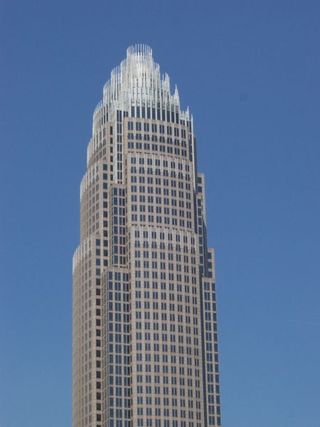 influencing the vote on a ballot question submitted to the voters, 8 [of the state law] also proscribes corporate contributions or expenditures “for the purpose of aiding, promoting or preventing the nomination or election of any person to public office, or aiding, promoting, or antagonizing the interests of any political party.” See n. 2, supra. In this respect, the statute is not unlike many other state and federal laws regulating corporate participation in partisan candidate elections. Appellants do not challenge the constitutionality of laws prohibiting or limiting corporate contributions to political candidates or committees, or other means of influencing candidate elections. Cf. Pipefitters Local Union No. 562 v. United States, 407 U.S. 385 (1972); United States v. United Automobile Workers, 352 U.S. 567 (1957); United States v. CIO, 335 U.S. 106 (1948). About half of these laws, including the federal law, 2 U.S.C. § 441b (1976 ed.) (originally enacted as the Federal Corrupt Practices Act, 34 Stat. 864), by their terms do not apply to referendum votes. Several of the others proscribe or limit spending for “political” purposes, which may or may not cover referenda. See Schwartz v. Romnes, 495 F.2d 844 (2nd Cir.1974).

The overriding concern behind the enactment of statutes such as the Federal Corrupt Practices Act was the problem of corruption of elected representatives through the creation of political debts. See United States v. United Automobile Workers, supra, 352 U.S., at 570-575; Schwartz v. Romnes, supra, at 849-851. The importance of the governmental interest in preventing this occurrence has never been doubted. The case before us presents no comparable problem, and our consideration of a corporation's right to speak on issues of general public interest implies no comparable right in the quite different context of participation in a political campaign for election to public office. Congress might well be able to demonstrate the existence of a danger of real or apparent corruption in independent expenditures by corporations to influence candidate elections. Cf. Buckley v. Valeo, 424 U.S., at 46; Comment, The Regulation of Union Political Activity: Majority and Minority Rights and Remedies, 126 U.Pa.L.Rev. 386, 408-410 (1977).

In the next segment of "footnote of the day,"  April 7, Part II of Citizens United and "the Bellotti footnote."

Listed below are links to weblogs that reference Footnote of the Day: Citizens United and "the Bellotti footnote" Part I: