The en banc Eleventh Circuit has agreed with the panel that an Orlando, Florida ordinance prohibiting the provision of food to large groups is constitutional.  The panel opinion, which we discussed here, reversed the district judge, over a vigorous dissent by Judge Rosemary Barkett. 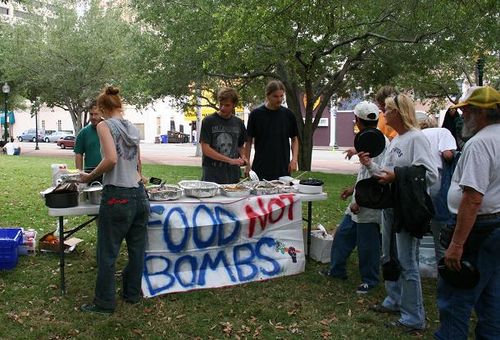 The en banc court ruled that it would "uphold the ordinance of the City of Orlando both as a
reasonable time, place, or manner restriction of speech and as a reasonable regulation of expressive conduct."  It easily concluded that the test of United States v. O’Brien, 391 U.S. 367 (1968) was satisfied:

The ordinance is a valid regulation of expressive conduct that satisfies all four requirements of O’Brien.  First, Orlando Food Not Bombs does not contest that it is within the power of the City to enact ordinances that regulate park usage. Second, the City has a substantial interest in managing park property and spreading the burden of large group feedings throughout a greater area and those interests are plainly served by the ordinance. Third, the interest of the City in managing parks and spreading large group feedings to a larger number of parks is unrelated to the suppression of speech. Fourth, the incidental restriction of alleged freedoms under the First Amendment is not greater than necessary to further the interest of the City.

This doesn't seem Constitutional. Even if it is content-neutral (which I very highly doubt), the only real interest they mentioned is "managing" parks, not "maintaining" or "conserving" like in Clark.

Here are my thoughts on the subject: http://zoeticity.blogspot.com/2011/04/spreading-burden.html

Am I missing something?