What are the consequences of a violation of Brady v. Maryland, 373 U. S. 83, 87 (1963), which requires the prosecution to disclose evidence favorable to the accused and material to his guilt or punishment? 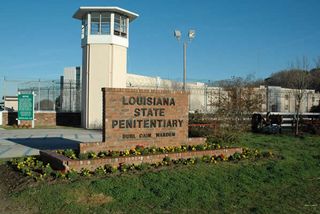 In a 5-4 opinion reversing the Fifth Circuit and authored by Justice Thomas, the Court in Connick v. Thompson held that the state district attorney's office cannot be held liable for a failure to train the assistant district attorneys regarding compliance with Brady unless there was evidence that there was a need for "more or different Brady training."  Opinion at 7.  Although Connick conceded that there was a Brady violation and the jury found a lack of training on Brady, the Court essentially concluded that there must be a pattern or practice of Brady violations before such training would be warranted under a constitutional "deliberate indifference" standard.  The Court distinguished the role of attorneys from those of law enforcement officers who must make "split-second decisions with life-or-death consequences" as in Canton v. Harris, 489 U. S. 378 (1989).

Attorneys are trained in the law and equipped with the tools to interpret and apply legal principles, understand constitutional limits, and exercise legal judgment. Before they may enter the profession and receive a law license, all attorneys must graduate from law school or pass a substantive examination; attorneys in the vast majority ofjurisdictions must do both. [citations to Louisiana bar requirements omitted].  These threshold requirements are designed to ensure that all new attorneys have learned how to find, understand, and apply legal rules. Cf. United States v. Cronic, 466 U. S. 648, 658, 664 (1984) (noting that the presumption “that the lawyer is competent to provide the guiding hand that the defendant needs” ap-plies even to young and inexperienced lawyers in their first jury trial and even when the case is complex). Nor does professional training end at graduation. Most jurisdictions require attorneys to satisfy continuing-education requirements.

The dissenting opinion, authored by Justice Ginsburg and joined by Breyer, Sotomayor and Kagan, provides a different picture:

From the top down, the evidence showed, members of the the District Attorney’s Office, including the District Attorney himself, misperceived Brady’s compass and there-fore inadequately attended to their disclosure obligations. Throughout the pretrial and trial proceedings against Thompson, the team of four engaged in prosecuting himfor armed robbery and murder hid from the defense and the court exculpatory information Thompson requestedand had a constitutional right to receive. The prosecutorsdid so despite multiple opportunities, spanning nearly twodecades, to set the record straight. Based on the prosecu-tors’ conduct relating to Thompson’s trials, a fact triercould reasonably conclude that inattention to Brady was standard operating procedure at the District Attorney’s Office. What happened here, the Court’s opinion obscures, was no momentary oversight, no single incident of a lone officer’s misconduct. Instead, the evidence demonstrated that misperception and disregard of Brady’s disclosure requirements were pervasive in Orleans Parish.

Connick, the district attorney of New Orleans from 1973 - 2003, is no stranger to important constitutional cases.  This is the same Harry Connick of Connick v. Myers, in which assistant district attorney Sheila Myers, complained about morale in the office, was terminated, and brought a First Amendment claim.

Listed below are links to weblogs that reference No "Constitutional Tort" for Brady Violation by Prosecutors in Connick's New Orleans Office: Connick v. Thompson Opinion Analysis: