Race-selective and Sex-selection abortions are the subject of a new statute in Arizona.  According to the Arizona legislature: 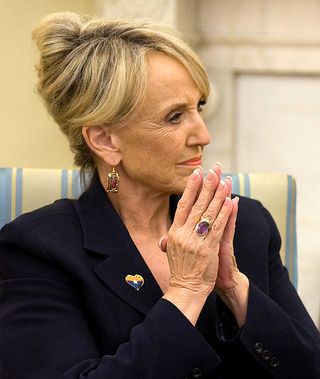 today, requires an affidavit by the person performing the abortion stating "that the person making the affidavit is not aborting the child because of the child's sex or race and has no knowledge that the child to be aborted is being aborted because of the child's sex or race."  The law criminalizes the abortion provider who knows that the "abortion is sought based on the sex or race of that child or the race of a parent of that child,"  immunizes the pregnant woman, and provides that a woman's husband or her parents if she is a minor, may file a suit for civil damages, including an award of attorneys fees.

Arizona is not the first state with a statute prohibiting so called sex-selective abortion. Oklahoma, Pennsylvania, and Illinois all have such statutes passed in 2010.  For example, the Oklahoma statute provides:

No person shall knowingly or recklessly perform or attempt to perform an abortion with knowledge that the pregnant female is seeking the abortion solely on account of the sex of the unborn child. Nothing in this section shall be construed to proscribe the performance of an abortion because the unborn child has a genetic disorder that is sex-linked.

Professor April Cherry's article on this issue - - -  A Feminist Understanding of Sex-Selective Abortion: Solely A Matter of Choice?, 10 WIS. WOMEN’S L.J. 161, 164 - - - published in 1995 is still one of the best pieces of scholarship on this issue.

A Georgia bill, SB 529, which would have criminalized sex-selection and race-selection as rationales for abortion did not pass.

Listed below are links to weblogs that reference Arizona Abortion Law: Requiring an Affidavit Excluding Race or Sex as Reasons:

Nice to know that my work is still relevant, but sad at the level of misogny and racism we continue to fight against.

Race based abortion? Has this been a big problem in Arizona? Who is having these abortions because of the race of the embryo or fetus?
I think this is a way around the HIPPA privacy laws. Any woman seeking an abortion and the provider must both sign an affidavit specifying the abortion is not racial or gender based.

Since Arizona seems to be a huge fan of passing laws to deal with problems that don't exist, maybe their next effort should focus on creating a civil remedy for residents of Arizona who are abducted by Martians.