The Court heard oral argument today in Bond v. United States which involves the criminal conviction of Carol Ann Bond for a violation of 18 U.S.C. § 229(a), enacted by Congress to implement the United States’ treaty obligations under an international arms-control agreement that prohibits nation-states from producing, stockpiling, or using chemical weapons. Bond, a biologist, used her expertise to spread injurious chemicals on the property of her former best friend, after learning that the friend was pregnant by Bond’s husband.   Although Bond was prosecuted in state court, she continued her campaign against her former friend and she was eventually prosecuted in federal court.

That this is no ordinary criminal appeal is evinced by the appearance of  Michael R. Dreedben, as Deputy Solicitor General, Department of Justice, "on behalf of the Respondent, in support of the Petitioner.”   If this is a case in which even the United States - - - who after all, prosecuted Ms. Bonds - - - agrees with the defendant, then why is this case in the United States Supreme Court?

The problem is the Third Circuit opinion, which held that Bond does not have standing to raise a Tenth Amendment challenge to the statute:  Noting that there was a split in the circuits on the issue, the court stated it was “persuaded by the reasoning advanced by the majority of our sister courts and conclude that a private party lacks standing to claim that the federal Government is impinging on state sovereignty in violation of the Tenth Amendment, absent the involvement of a state or its officers as a party or parties.”

There is little doubt that Bond has standing to raise the issue of whether the federal statute exceeds federal power, either under the Commerce Clause or the Treaty Power, but much more ambiguity regarding the Tenth Amendment Claim.   Yet this prompts the query of the real difference between a Congressional lack of enumerated power argument and a Tenth Amendment argument, a subject that preoccupied the Court at first. 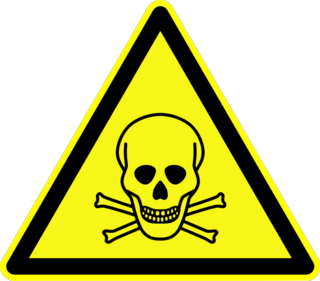 Justice Alito, however, posed a goldfish hypothetical, addressing the breadth of the underlying statute:

JUSTICE ALITO: . . . . Suppose that the Petitioner in this case decided to retaliate against her former friend by pouring a bottle of vinegar in the friend's goldfish bowl. As I read this statute, that would be a violation of this statute, potentially punishable by life imprisonment, wouldn't it?

MR. DREEBEN: I'm not sure, Justice Alito. I will assume with you that it is. The statute -

JUSTICE ALITO: If she possesses a chemical weapon.

MR. DREEBEN: I'm not sure that vinegar is a chemical weapon.

Appointed to argue for the opinion below, Stephen McAllister crystalized the issue quite quickly:

The relevant standing doctrine in this case is the prudential rule against third-party standing. No one disputes here that the Petitioner has Article III standing. One of the difficulties in the case is that the only case that mentions specifically standing in this context is the Tennessee Valley Authority case [Tennessee Electric Power Co. v. Tennessee Valley Authority, 306 U.S. 118 (1939)] and it clearly says if it is in fact a Tenth Amendment claim, unless you have a State official or the State, there is no standing.

Yet Roberts replied, "Pretty harsh, if we're talking about prudential standing, to deny that to a criminal defendant, isn't it?"

Later, Roberts again raised the relevance of the criminal context of the case and reiterated the enumerated powers/Tenth Amendment relationship:

CHIEF JUSTICE ROBERTS: . . . . it seems to me we've had a lot of discussion this morning about whether this is an enumerated powers claim or a Tenth Amendment claim. They really do kind of blend together, and it seems to me awfully difficult to put on a criminal defendant the responsibility to decide whether this is going to be an enumerated powers claim or this is going to be a Tenth Amendment claim. The basic principles do kind of merge together, and why does it make -- again, why does it make that much of a difference and why do you put the burden on the defendant to parse the claim one way or another, since I assume they can make pretty much all the same arguments under an enumerated powers [argument] . . . .

The Court’s opinion can be expected to address whether or not a criminal defendant has prudential standing to raise a Tenth Amendment claim and presumably provide guidance on what difference that makes when the defendant can raise a (lack of) enumerated powers claim.

Meanwhile, the mix of underlying facts and constitutional theory have commentators such as Dalia Lithwick and Garrett Epps writing excellent pieces worth sharing with students in Constitutional Law.

Listed below are links to weblogs that reference The Tenth Amendment, Standing, and Criminal Conviction: Bond v. US Oral Argument: