West Virginia Weekend: When will there be an elected governor? 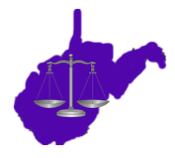 This past Tuesday, West Virginia’s highest court, the Supreme Court of Appeals, heard oral arguments on a petition for writ of mandamus that seeks to force state leaders to schedule a special gubernatorial election to finish Manchin’s unexpired term.  Petitioners sued the President of the Senate and Acting Governor Earl Ray Tomblin, Speaker of the House Rick Thompson, and Secretary of State Natalie Tennant.  In addition to the parties, the Court heard from numerous amici, and all parties and amici apart from the current Acting Governor seek a judicially ordered special election this year.  The court must interpret the West Virginia Constitution which provides:

In case of the death, conviction or impeachment, failure to qualify, resignation, or other disability of the governor, the president of the Senate shall act as governor until the vacancy is filled, or the disability removed; and if the president of the Senate, for any of the above named causes, shall become incapable of performing the duties of governor, the same shall devolve upon the speaker of the House of Delegates; and in all other cases where there is no one to act as governor, one shall be chosen by joint vote of the Legislature. Whenever a vacancy shall occur in the office of governor before the first three years of the term shall have expired, a new election for governor shall take place to fill the vacancy.

As we previously discussed, the provision is ambiguous. But with fresh claims of unconstitutional action out of the State Senate over new senate rules, it’s beginning to appear as if most of the regular legislative session will be consumed by constitutional wrangling.  To distance himself from the State Senate where he technically still presides as Senate President, the Acting Governor tacitly endorsed a rule change whereby the State Senate created the new position of Acting Senate President to preside in the absence of the Senate President.  This position was created and ultimately filled by none other than Tomblin’s chief political foe and fellow Democrat, Senator Jeff Kessler.  (Kessler, known as a more labor-friendly Democrat than Tomblin, announced for governor last year.)  During the debate on the rules change, disaffected Democrats joined the small band of Senate Republicans to denounce Kessler’s ascendancy as an unwarranted political coup.  One Republican who called the rules change “unprecedented, unconstitutional, and illegal,”  blamed Kessler’s power play and Tomblin’s later submission as the result of senators who “signed in blood.”  Despite the heated rhetoric, the new rules were adopted and Kessler promptly took control of the State Senate and replaced Tomblin’s committee chairs and caucus leaders with his own supporters.

Arguments labeling the new rules unconstitutional appear to rest with Article VI, Section 24 of the West Virginia Constitution: “The Senate shall choose, from its own body, a president. . . .” Because the State Senate chose Tomblin as Senate President, thus allowing him to remain Acting Governor, critics suggest that creating the additional position of “Acting Senate President” impermissibly treads on the above constitutional mandate that there be only one president.  However, the same section further reads that “[e]ach house shall appoint its own officers, and remove them at pleasure.”  Taken together with the usual reluctance of courts to involve themselves in disputes over the internal rules of a legislative body, the claims of unconstitutionality may go no further than the senate chamber.

An additional constitutional complication has the potential of bringing all lawmaking to a halt.  It has been no secret that the Speaker of the House of Delegates opposes the new senate rules and rise of Kessler, as the Speaker, too, has gubernatorial aspirations.  In recent days, Kessler’s critics have stated that the House of Delegates may not agree to joint rules that would recognize Kessler’s signature for senate-passed bills.  As the argument goes, statue and convention provide that only the Senate President (in this case, the Acting Governor) and not the Acting Senate President may sign such bills before they go on to the House and/or the Governor.  Naturally, the Senate President and Acting Governor hopes to avoid the sticky situation of signing a bill twice, representing both the executive and half of the legislative branches.  Of course, this implicates the separation of powers provision in the state constitution, which we discussed in our earlier post.

Considering the political turmoil caused by ambiguous and archaic constitutional provisions, it might be an understatement to suggest that West Virginia’s Constitution—ratified in 1872—is starting to show its age.

Listed below are links to weblogs that reference West Virginia Weekend: When will there be an elected governor?: