Worth reading is a commentary by critic Jill Lepore in the January 17 issue of The New Yorker entitled The Commandments: the Constitution and its worshippers. 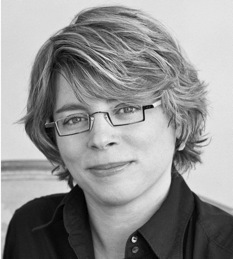 Lepore (pictured right) puts the current highlighting of the Constitution, including its (edited) reading in the House of Representatives, in historical and critical perspective.  Lepore writes:

If you haven’t read the Constitution lately, do. Chances are you’ll find that it doesn’t exactly explain itself. Consider Article III, Section 3: “The Congress shall have Power to declare the Punishment of Treason, but no Attainder of Treason shall work Corruption of Blood, or Forfeiture except during the Life of the Person attainted.” This is simply put—hats off to the committee of style—but what does it mean? A legal education helps. Lawyers won’t stumble over “attainder,” even if the rest of us will. Part of the problem might appear to be the distance between our locution and theirs. “Corruption of Blood”? The document’s learnedness and the changing meaning of words isn’t the whole problem, though, because the charge that the Constitution is too difficult for ordinary people to understand—not because of its vocabulary but because of the complexity of its ideas—was brought nearly the minute it was made public. Anti-Federalists charged that the Constitution was so difficult to read that it amounted to a conspiracy against the understanding of a plain man, that it was willfully incomprehensible. “The constitution of a wise and free people, ought to be as evident to simple reason, as the letters of our alphabet,” an Anti-Federalist wrote. “A constitution ought to be, like a beacon, held up to the public eye, so as to be understood by every man,” Patrick Henry argued. He believed that what was drafted in Philadelphia was “of such an intricate and complicated nature, that no man on this earth can know its real operation.”

This could be the basis for a great first assignment for the new semester's Constitutional Law class, in law school or as an undergraduate offering, as a way to open a discussion of the Constitutional text and its interpretations.

Listed below are links to weblogs that reference Constitution Worship: Jill Lepore in The New Yorker: