The Court heard oral argument this morning in Chamber of Commerce v. Whiting, a constitutional challenge on Supremacy Clause/preemption grounds to the Legal Arizona Workers Act, Ariz. Rev. Stat. Ann. § 23-211 et seq., that sanctions employers for knowingly or intentionally employing "unauthorized aliens."   The law was signed by then-governor of Arizona Janet Napolitano, who is now Secretary of Homeland Security and tasked with enforcing federal immigration law, an "irony" noted by Nina Totenberg of NPR.

The Court granted certiorari in late June to review a Ninth Circuit opinion upholding the constitutionality of the Arizona statute.  [The case was formerly known as Chamber of Commerce v. Candelaria].  While the statute at issue is not the notorious Arizona SB1070, the attention that SB1070 has garnered is not irrelevant and may have contributed to the Court's grant of certiorari.

Justice Kagan has recused herself and did not participate in today's argument.  As Solicitor General, she filed a brief on the petition for writ of certiorari; the Solicitor General's brief advocated that the writ be granted, limited to the first question presented," that question being one of express preemption of the Legal Arizona Workers Act by  8 U.S.C. 1324a(h)(2)—which preempts "any State or local law imposing civil or criminal sanctions (other than through licensing and similar laws) upon those who employ, or recruit or refer for a fee for employment, unauthorized aliens.”  That is precisely the issue before the Court.  Acting Solictor General Neal Katyal argued on behalf of the United States, supporting the Chamber of Commerce.

Arguing for the Chamber of Commerce Carter Phillips quickly articulated the notion that the Arizona statute provides for a “death penalty to the business” in that it might completely “eliminate the business's right to exist.”  This "right to exist" occurs because Arizona's statute relies upon a provision in the 1986 federal statute, the Immigration Reform and Control Act (“IRCA”), regarding state authority to impose sanctions through licensing and similar laws.

"Licensing" turns out to be an ambiguous term, although in today's oral argument Kennedy admits he initially thought, "Oh, well, licensing, that is a defined term; I will look in Corpus Juris Secundum or ALR or something," a sentiment echoed throughout the arguments.  Roberts and Alito seemed more certain than Kennedy that "licensing" was a clear and rather broad term that granted the state wide latitude. 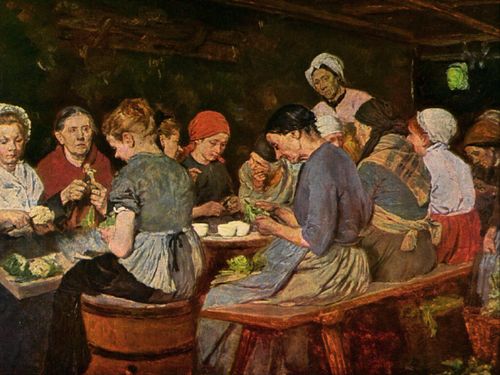 Sotomayor, however, had a different point: "how they define "license" or not is irrelevant to me."  She asked Carter Phillips to explain the preemption of the state's ability to adjudicate, which for her is the central question.

In her argument, Mary O'Grady, Solicitor General of Arizona, emphasized the ability of the state to make determinations under the "savings clause" regarding licenses.  However, at one point, Scalia seemed to believe her argument was too narrow:

JUSTICE SCALIA: Excuse me. Are you conceding that any variation from the Federal standards for -- for criminal and civil liability is automatically precluded?
I mean, as I read the exception, it's an exception for State licensing and similar laws. And it doesn't say, "So long as those licensing and similar laws go no further than what the Federal government has done." I mean, we often allow States to impose regulatory requirements that go beyond the regulatory requirements that the Federal government has imposed, and that is not automatically considered to be preempted. So why -- why are you conceding that Arizona cannot go a whit beyond what the Federal government says?
MS. O'GRADY: Because I think what Congress preserved for us was our ability to impose sanctions, including the suspension and revocation of State laws. But I do think they established a uniform national standard. I don't think we could, for example, establish a strict liability offense in Arizona. We would have to have a scienter requirement as they have in Federal law.

Breyer expressed concern that the state law essentially encouraged discrimination in conflict with the federal statute:

So Arizona comes along and says: I'll tell you what, if you discriminate, you know what happens to you, nothing? But if you hire an illegal immigrant, your business is dead. That's just one thing they do. Now, how can you reconcile that intent to prevent discrimination against people because of their appearance or accent -- how do you reconcile that with Arizona's law?

If Kennedy is the deciding Justice, two of his comments to O'Grady arguing on behalf of Arizona may be indicative that the Court will conclude that the state statute is preempted:

JUSTICE KENNEDY: But you are taking the mechanism [E-VERIFY] that Congress said will be a pilot program that is optional and you are making it mandatory. It seems to me that's almost a classic example of a State doing something that is inconsistent with a Federal requirement.

JUSTICE KENNEDY: Just so you know, I interpret your answer as confirming the implication of Justice Breyer's questions that there is a very substantial difference in Federal and State law on this point. I mean, you told about -- you know what lawsuits are about. If you are home free, a driver's license and Social Security inspection under Federal law and you're not under State law, that is a difference.

Listed below are links to weblogs that reference Chamber of Commerce v. Whiting Oral Argument Analysis: An Arizona Immigration Statute Before the Supreme Court: