The overcrowding in California's prison system that prevents the adequate treatment of the mental and physical health of prisoners in violation of the Eighth Amendment was the subject of today's oral argument in Schwarzenegger v. Plata.

Yet the issue is not the unconstitutionality of the conditions; California essentially concedes the matter.  Instead, the issue is the remedy. 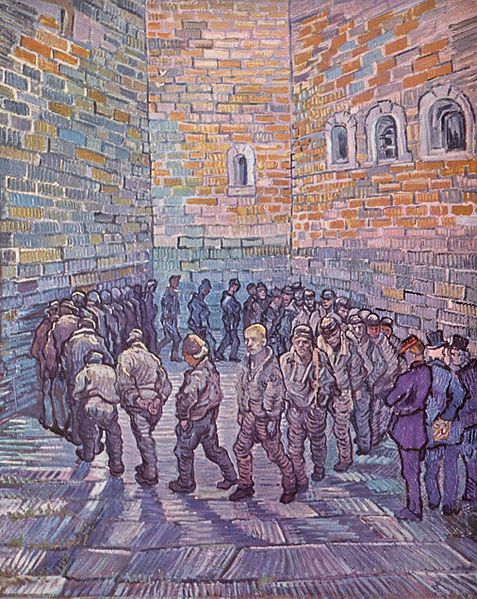 Acting as an appellate court for a three judge court decision that ordered the California prison system to operate at "only" 137.5% of capacity, the United States Supreme Court confronted the intractability of the problem.  After 20 years of litigation before numerous district judges, the three judge court was convened and ultimately ordered a remedy of 137.5% capacity.  Reaching this goal could be done by transfer of prisoners, building new prisoners, or most controversially, prisoner release.

Justices Sotomayor and Alito expressed opposing considerations during the argument.

Alito, addressing Donald Specter, arguing on behalf of the appellees, worried about the effect of a release order given rates of prisoner recidivism:

JUSTICE ALITO: The 17 percent figure goes exactly to my concern. This is going to have -- it seems likely this is going to have an effect on public safety. And the experts can testify to whatever they want, but you know what? If this order goes into effect, we will see. We will see, and the people of California will see. Are there more crimes or are there not?

The oral argument was especially lively, with attorneys clearly not intimidated by the Justices.  For example, early in the argument, Phillips deflected Alito's question:

MR. PHILLIPS: Justice Breyer, when the receiver says that, now remember, he says at current population levels. He doesn't suggest, and his brief is very clear that it doesn't urge this Court to affirm the particular order in this case.
JUSTICE ALITO: Mr. -MR.
PHILLIPS: Can I just finish this?
JUSTICE ALITO: Yes.
MR. PHILLIPS: And the reality is that the population levels have dropped pretty significantly since August, since the trial in this particular case. And given the actions by the legislature .....

The argument continues with a question from Ginsburg, and then Sotomayor.

Later, during a colloquy with Roberts, Donald Specter seemed to suggest that Roberts be more patient:

In addition to the constitutional query regarding a remedy for an Eighth Amendment violation, the issue of federalism darted to the surface on a few occasions.  Arguing on behalf of California, Phillips raised federalism as perhaps a "rhetorical" point.

Later, Roberts posed the problem that states have numerous responsibilities and that this one - - - the prison problem - - - is being "transferred" from the state legislature to the federal courts:

MR. SPECTER: Well, I believe the Federal courts have an obligation to enforce the Constitution and the laws.
CHIEF JUSTICE ROBERTS: No, no. I believe that as well, Counsel.

The Court now has the opportunity to decide on whether or not to uphold the enforcement mechanism ordered by the three judge court in this lengthy and complex litigation.

In case anyone is interested, there's a gathering of comments about this case and ongoing coverage of the arguments over at the very informative and enlightening (i.e., everyone should regularly check in at this site) Prison Law Blog: http://prisonlaw.wordpress.com/