In the opinion in Anderson v. Hermosa Beach, the Ninth Circuit found a municipality’s total ban on tattoo parlors unconstitutional. 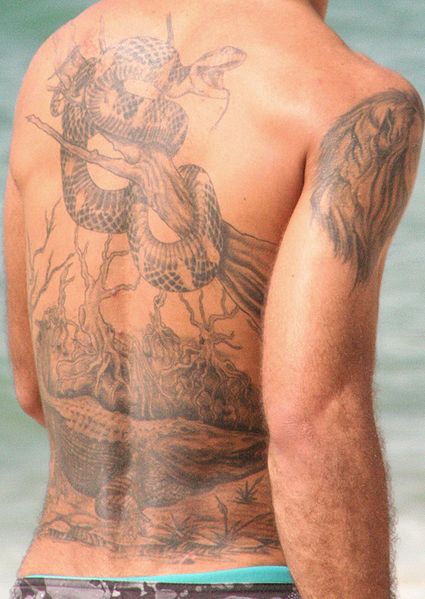 The panel first found that tattooing is expressive activity, rejecting the argument that tattooing was mere expressive conduct entitled to lesser protection.  The panel quoted the language of tattoo artist Anderson:  “The tattoo designs that are applied by me are individual and unique creative works of visual art, designed by me in collaboration with the person who is to receive the tattoo . . . I have studied the history of tattooing, and I draw significantly on traditional Americana tattoo designs and on Japanese tattoo motifs in creating my images, while all the while trying to add my own creative input to make the designs my own.”

The panel also added its own discussion of tattoos, including citation to a variety of sources, and the judges noted, “We do not profess to understand the work of tattoo artists to the same degree as we know the finely wrought sketches of Leonardo da Vinci or Albrecht Dürer, but we can take judicial notice of the skill, artistry, and care that modern tattooists have demonstrated.”

Given that tattooing was expressive activity, the panel applied strict scrutiny, rather than the lesser standard for expressive conduct.   The panel thus inquired into whether the ban

While the municipality sought to justify its regulation as a time, place, and manner restriction, the panel found that the ban was not narrowly tailored:  “although a total ban on tattooing might be the most convenient way of addressing the City’s health concerns, the City has given us no reason to conclude that these concerns cannot be adequately addressed through regulation of tattooing.”

The panel rejected the argument that alternative means were satisfied by the possibility of "applying the exact same words, images, and symbols to skin, such as airbrushing or the use of natural henna paste to create temporary tattoos,”  or that the tattooist could render his designs on a traditional canvas or other media, such as a T-shirt.

In sum, we hold that the tattoo itself, the process of tattooing, and the business of tattooing are forms of pure expression fully protected by the First Amendment. We further hold that the City’s total ban on tattoo parlors in Hermosa Beach is not a reasonable “time, place, or manner” restriction because it is substantially broader than necessary to achieve the City’s significant health and safety interests and because it entirely forecloses a unique and important method of expression.

Listed below are links to weblogs that reference Tattooing Protected as Expressive Speech:

I agree and think that whilst tattoos are not for everyone, banning them seems rather unjustified. Temporary tattoos, like henna or airbrushing is great, but some people don't want to have to continually re-apply their tattoos, hence they have permanent tattoos.