UPDATE: THE PETITION HAS BEEN DENIED.  Brief Order here.

The possibility that the "proponents" of Proposition 8 who participated in the trial but may nevertheless lack standing to appeal has provoked a petition in state court to require the  Governor or the Attorney General to appeal. 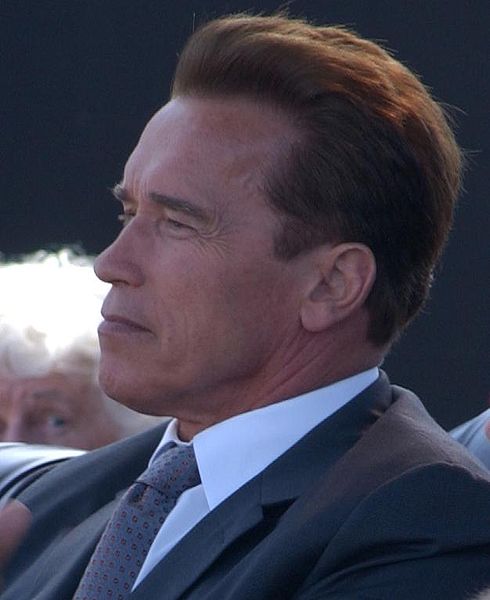 The petition and supporting memorandum in Beckley v. Schwarzenegger, filed in a California state appellate court, seeks an alternative writ of mandamus to compel Governor Schwarzenegger (pictured right) and State Attorney General Jerry Brown to file a notice of appeal by the deadline of September 11, 2010.

The memorandum argues that the failure to perform the "minimal acts necessary" to ensure jurisdiction in the Ninth Circuit Court of Appeals is tantamount to a "constructive pocket veto" of a constitutional amendment, which "does violence to the State's constitutional form of government."   This, the petition alleges, is "taking on a power which violates the social contract between the people and the governed, memorialized in the Constitution."  (Petition and Memo, at 27).

Listed below are links to weblogs that reference Petition to Mandate California Governor File an Appeal in Perry v. Schwarzenegger (Proposition 8) Decision:

What was the outcome of the petition for writ of mandate? It seems there should be some merit to the petition. Otherwise, an attorney general effectively can veto voter-approved initiatives/constitutional amendments by simply refusing to defend legal challenges to such voter-enacted laws. Is there any precedent in California for an attorney general refusing to advocate on behalf of a statewide voter-approved law?

The UPDATE at the beginning of the post provides the brief Order denying the writ.