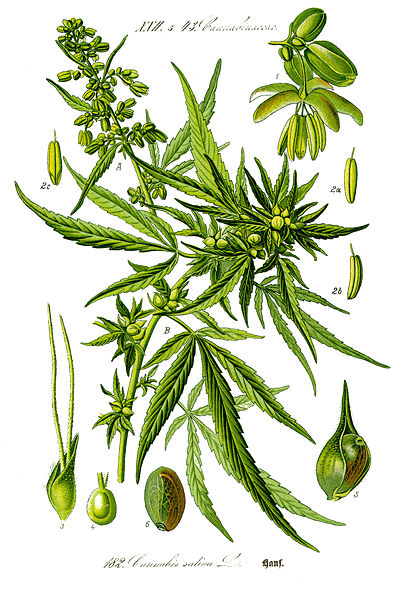 Editorializing about the "war on drugs" as a war not on the "drug lords and violent cartels" but a war " that disproportionately impacts young men and women and is the latest tool for imposing Jim Crow on poor African Americans,"  Alice Huffman, president of the California NAACP, supports California's Proposition 19 in the San Francisco Chronicle here.

Huffman has joined other voices in favor of legalizing marijuana, including arguments regarding an extension of Lawrence v. Texas to include marijuana legalization, which we discussed here.

Marijuana legalization by California (or any state) raises a potential federalism or Tenth Amendment issue since marijuana remains a controlled substance under federal law.

Listed below are links to weblogs that reference Marijuana Legalization as a Civil Rights Issue:

after watching the CNBC special "Marijuana Inc." there seems to be many viewpoints on the subject. Is this just a scam from the Tobacco & Alcohol Industries to keep control & profits?