Bring Back O'Connor, Souter, and Stevens?

One solution to the "recusal" problem, at least on the United States Supreme Court, is to utilize the so-called "back bench."

Senate Judiciary Committee Chairman Patrick J. Leahy (D-Vt.) is pondering whether a change is needed. He's considering legislation that would allow a retired member of the Supreme Court to replace a justice who has recused himself -- or herself -- in a particular case.

This would avoid the court potentially splitting 4 to 4 on a case and, Leahy hopes, encourage justices to recuse themselves more often when there is an appearance of partiality. 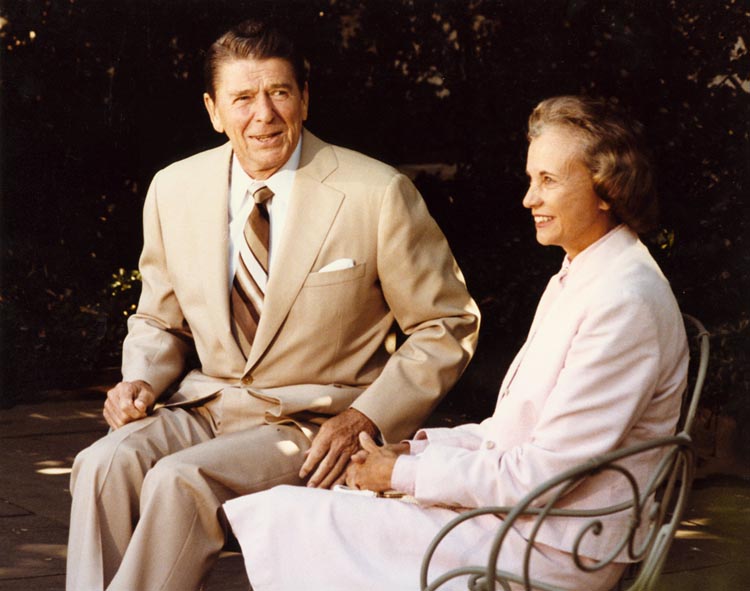 One potential problem is that O'Connor, Souter, and Stevens, are now considered "liberal" judges (though of course each was appointed by a Republican President: Reagan, Bush, and Ford respectively).

Thus Leahy's plan might be seen to tilt the Court and might certainly not "encourage" a more conservative Justice to recuse himself.

Apart from the political ramifications, such legislation would need to be constitutional.  The Constitution, Article II section I provides:

The judicial Power of the United States, shall be vested in one supreme Court, and in such inferior Courts as the Congress may from time to time ordain and establish. The Judges, both of the supreme and inferior Courts, shall hold their Offices during good Behaviour, and shall, at stated Times, receive for their Services, a Compensation, which shall not be diminished during their Continuance in Office.

Perhaps most interestingly, the Justices of the United States Supreme Court themselves would rule on the constitutionality of any statute providing for substitutes in cases of recusal, an issue on which the Justices would perhaps have grounds to recuse themselves.

Listed below are links to weblogs that reference Bring Back O'Connor, Souter, and Stevens?:

Thanks for catching the typo - - - I've corrected it.