Supreme Court Nominee Elena Kagan has submitted her written responses to post-testimony "Questions Submitted for the Record" from Senators Jeff Sessions, Chuck Grassley, Jon Kyl, Lindsay Graham, John Cornyn, and Tom Coburn. These have been added to the materials from the Senate Judiciary Committee here. 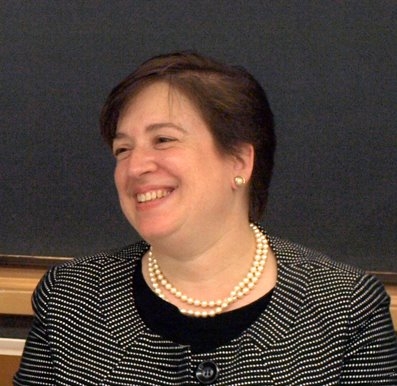 Two of the more interesting interchanges involved the scholarship of Professors Mark Tushnet and Harold Koh.

Q: You were dean of Harvard Law School when Professor Mark Tushnet was hired. Like you, Professor Tushnet also clerked for Justice Thurgood Marshall, and when he received an endowed chair position at Harvard, you introduced him and called him as “one of the world’s leading law scholars, particularly one of the world’s leading constitutional law scholars” and praised his “contributions to the world of scholarship.” In a 1981 law review article entitled “The Dilemmas of Liberal Constitutionalism, Professor Tushnet asserted that, if he were a judge, he “would decide what decision in a case was most likely to advance the cause of socialism.”

a. Is this one of Professor Tushnet’s “contributions to the world of scholarship?

b. How would you characterize such an approach to the law?

Response: If Professor Tushnet meant that a judge should decide cases based on her own policy views about the best result, then I would characterize that approach as contrary to the rule of law.

c. Would you endorse it? Why or why not?

Response: No. Judges should decide cases based on legal sources, not on policy or political views.

Coburn came back to Mark Tushnet a few questions later, regarding state action:

Professor Tushnet has recommended reconsidering the 1883 Civil Rights cases in which the Supreme Court held that the 14th Amendment prohibited only the abridgement of individual rights by the state, rather than by private individuals and institutions. The Supreme Court has stated: “It is state action of a particular character that is prohibited. … The wrongful act of an individual is simply a private wrong and if not sanctioned in some way by the state, or not done under state authority, the [individual’s] rights remain in full force.” Professor Tushnet stated:“The state-action doctrine contributes nothing but obfuscation to constitutional analysis. It works as a bogeyman because it appeals to a vague libertarian sense that Americans have about the proper relation between them and their government. It seems to suggest that there is a domain of freedom into which the Constitution doesn’t reach. We would be well rid of the doctrine.”

a. Do you agree with Professor Tushnet’s desire to be rid of the state action doctrine? Why or why not?

Response: No. The state-action doctrine has been repeatedly reaffirmed by the Supreme Court,and the decisions adopting and applying the state action doctrine are entitled to stare decisis effect. These decisions, indeed, function as a basic postulate of our constitutional system.

Coburn also asked, “Do you agree with the views of the Critical Legal Studies movement?” The simple response: “No.”

Senator John Cornyn discussed Professor Harold Hongju Koh's scholarship regarding "the difference between nationalists and transnationalists, whom, he says, 'hold sharply divergent attitudes toward transnational law,' and then asked:

As described by Professor Koh, are you a transnationalist or a nationalist? Have you ever previously expressed your position on this question? What did you say?

Response: I would not characterize myself using Professor Koh’s categories, which I do not find particularly helpful in thinking about the issues involving foreign or international law that are likely to come before the Court. I have never used these terms for any purpose.

Other interesting subjects of inquiry include Sessions asking questions regarding recusal, the Second and Eighth Amendments, and many of her memos as law clerk to Justice Thurgood Marshall; Grassley on Garcetti v. Ceballos regarding the First Amendment rights of government employees,  and the relationship between the takings clause and the taxing power, Kyl on Kagan's opinion on Arizona SB 1070 and the (then-contemplated) federal lawsuit, and Coburn's concern with Kagan's "personal lack of pro bono legal services,” comparing her unfavorably to other recent nominees, including Harriet Miers.

Listed below are links to weblogs that reference Kagan on Mark Tushnet and Harold Koh: Post Confirmation Hearing Responses to Senators Questions:

1 simple question that no senator asked Kagan. Please name the 3 top cases you had in your court room as a judge?

I also do not believe anyone asked Justice Rehnquist that question. I believe Rehnquist was in private practice, then in the OLC (under Nixon) for a few years.

I believe Rehnquist was in private practice, then in the OLC (under Nixon) for a few years.