Judge Martin Feldman of the United States District Court for the Easter District of Louisiana has issued a preliminary injunction of Secretary of the Interior Salazar's six month moratorium issued May 28, 2010, after a report on the BP Deepwater Horizon explosion and oil "spill." 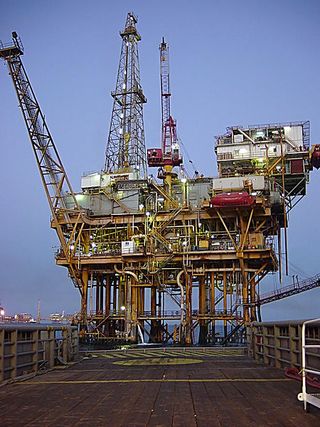 Judge Feldman's 22 page "Order and Reasons" available here concluded that the Secretary's moratorium pursuant to the authority of the Outer Continental Shelf Lands Act, 43 U.S.C. §1332,  was  "arbitrary and capricious" under the standards of the Administrative Procedure Act.

What may make this issue of special interest to constitutional law profs is the possibility of due process arguments regarding Judge Feldman's decision.  Recall last year's United States Supreme Court 5-4 opinion in Caperton v. Massey - - - decided before the Massey mine disaster  this year - - - in which the Court found that denial of due process when a state supreme court justice failed to recuse himself in litigation involving Massey Coal Company despite the fact that the company's owner had contributed heavily to the judicial campaign.

The specter of a judge having a financial interest in a case the judge is deciding is unsettling, usually discussed as a matter of judicial ethics.  Judge Feldman is now being scrutinized for reportedly having substantial investments in companies that participate in deepwater oil drilling; a financial disclosure statement is here; more reports here and here.

Feldman's opinion does not reveal his own investments, but certainly makes clear the financial interests of many Gulf Coast residents:

The plaintiffs’ complaint is based on the effect of the general moratorium on their oil service industry business, on the local economy, and puts in play the issue of the robustness of a Gulf-wide industry and satellite trades. Gulf of Mexico drilling activities rely upon a vast and complex network of technology, assets, human capital and experience. Indeed, an estimated 150,000 jobs are directly related to offshore operations. The government admits that the industry provides relatively high paying jobs in drilling and production activities. Oil and gas production is quite simply elemental to Gulf communities. There are currently approximately 3600 structures in the Gulf, and Gulf production from these structures accounts for 31% of total domestic oil production and 11% of total domestic, marketed natural gas production. Sixty-four percent of active leases are in deepwater, over 1000 feet. The plaintiffs own and operate vessels, shipyards, and supply services companies that support deepwater oil exploration and production in the Gulf. In addition to the vessels and facilities involved in their work, the plaintiffs together employ over 11,875 people. At least nineteen other companies, aside from BP’s operations involved with Deepwater Horizon, are presently operating deepwater drilling rigs.

Secretary Salazar will reportedly be issuing a new moratorium order with additional rationales as well as considering an appeal of Judge Feldman's Preliminary Injunction.

[Update: The Department of Justice has filed a motion to stay Judge Feldman's Preliminary Injunction; pleadings at SCOTUSblog here].

Listed below are links to weblogs that reference Preliminary Injunction on Deepwater Drilling Moratorium: Financial Investment in the Outcome?: