By a vote of 5-4, the Court in McDonald v. Chicago today incorporated the Second Amendment right to  individual gun ownership it recently recognized in District of Columbia v. Heller against the states through the Fourteenth Amendment.  Our analysis of the March oral arguments is here. 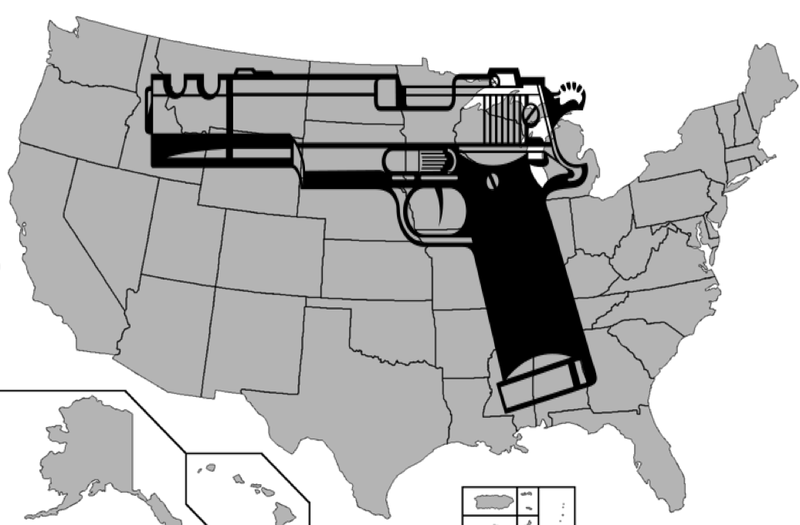 The 214 pages of opinions (including a 4 page appendix) will provide much fodder for scholars and litigators.  There are not only dissenting opinions by Justice Stevens and by Breyer (joined by Ginsburg and Sotomayor), but the majority opinion provides the fractured decision-making that can frustrate law students and other readers of Supreme Court opinions.  Here are the alignments:

The plurality - - - Alito, Roberts, Scalia, and Kennedy - - - conclude the due process clause of the Fourteenth Amendment incorporates the Second Amendment.  Scalia writes separately, noting "I join the Court’s opinion. Despite my misgivings about  Substantive Due Process as an original matter, I have acquiesced in the Court’s incorporation of certain guaran­tees in the Bill of Rights 'because it is both long estab­lished and narrowly limited.' [citation omitted].   This case does not require me to reconsider that view, since straightfor­ward application of settled doctrine suffices to decide it."

Only Justice Thomas, concurring (and vital to the Court's majority under the Fourteenth Amendment incorporation conclusion), rejected substantive due process:

Dissenting, Breyer considers the criticisms by scholars of Heller and asks:

At the least, where Heller’s historical foundations are so uncertain, why extend its applicability? My aim in referring to this history is to illustrate the reefs and shoals that lie in wait for those nonexpert judges who place virtually determinative weight upon historical considerations. In my own view, the Court should not look to history alone but to other factors as well—above all, in cases where the history is so unclear that the experts themselves strongly disagree.  It should, for example, consider the basic values that underlie a constitutional provision and their contemporary significance.  And it should examine as well the relevant consequences and practical justifications that might, or might not, warrant removing an important question from the democratic decisionmaking process.

Justice Stevens' 60 page dissenting opinion argues for judicial restraint, and while he does not explicitly chastise the majority for judicial activism, that is certainly the implication.

We will have additional discussion of the decision in the near future.

My trouble with the decision is that four of the the Justices voted AGAINST the 2nd Amendment. The last time I looked, the 2nd is, in fact, the SECOND in line on the list of the Bill of Rights.

Re: "My trouble with the decision is that four of the the Justices voted AGAINST the 2nd Amendment."

Obviously, they did NOT. They merely interpreted it differently from Scalia, Alito, Kennedy, and Thomas.

Re: "The last time I looked, the 2nd is, in fact, the SECOND in line on the list of the Bill of Rights."

You don't seem to have looked very closely, "last time" or any time. Its first clause is "A well regulated Militia, being necessary to the security of a free State." Any reasonable interpretation of the amendment will take this into account.

Every earlier supreme court and every federal court before the second Bush administration had interpreted the second amendment to mean states have the right to form state militias. The majority ruling in McDonald v. Chicago represents a RADICAL departure from legal precedent.