Governor Christie's non-"reappointment" of John Wallace, the only African-American of the seven state justices on the New Jersey Supreme Court, which we discussed here, continues to draw attention.

No Governor before now has sought to control the Third Branch of government through the reappointment process. Judicial decisions must be made without fear of retaliation: competence, integrity, impartiality -- those qualities have been fostered by law and by tradition. Every litigant before the court has known that his or her case would be decided fairly, without undue political influence, by impartial, independent judges. Our court system has been an exemplar for other states; our courts’ opinions are cited and followed by other state courts. Not everyone agrees with every decision, nor should unanimity be expected in a free society.

No one, not even the Governor, suggests that Justice Wallace is not qualified to serve. He has demonstrated, as a trial judge, as an appellate judge, and as an Associate Justice of the New Jersey Supreme Court for almost seven years, integrity, thoughtfulness, scholarship, compassion and adherence to the rule of law. We can ask no more of any judge. That he is the second African American to serve on our State’s highest court, and that the Court has benefitted from his understanding of our diverse society, in addition to his exemplary record, argue powerfully in favor of his reappointment. 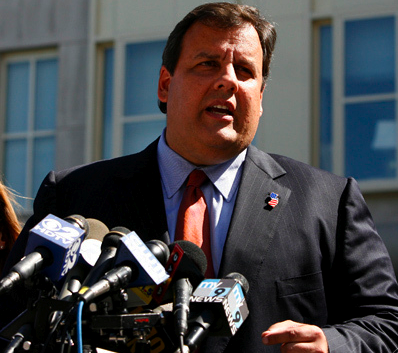 says that it is "laughable" that politics hasn't always been part of the judicial appointment process and that "there's another election in 2013."

Listed below are links to weblogs that reference New Jersey Governor Chris Christie Rebuffs Criticisms Regarding the NJ Supreme Court: