Quick Quiz: Name the Historical Figure who is NOT a "Founding Father"

Select the person whose writings did NOT inspire the American Revolution: 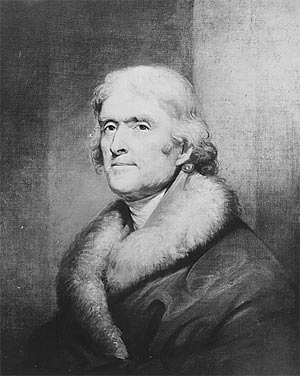 Explanation:         Thomas Jefferson's notion of "separation of church and state" was rejected by the founding fathers, who established the United States according to Christian principles.

More Explanation:  Texas has tentatively approved a new educational curriculum which rejects Thomas Jefferson's influence and favors Blackstone, Calvin, and Aquinas.   It is thus possible that this hypothetical question would "correctly" be answered with "Thomas Jefferson."

There are 100 other amendments to the state approved curriculum, including replacing the word “capitalism” with “free-enterprise system” and adding Phyllis Schlafly to the list of important historical figures.

If the curriculum passes, it should make teaching future constitutional law students from Texas quite interesting.

Listed below are links to weblogs that reference Quick Quiz: Name the Historical Figure who is NOT a "Founding Father":