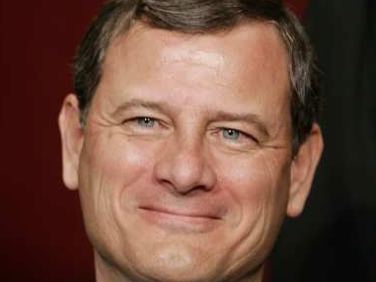 Petitioners in this case are Washington D. C. voters who would like to subject the District of Columbia’s Religious Freedom and Civil Marriage Equality Amendment Act of 2009 to a public referendum before it goes into effect [citation omitted].  The Act expands the definition of marriage in the District to include same-sex couples. See D. C. Act 18–248; 57 D. C. Reg. 27 (Jan. 1, 2010).  The D. C. Charter specifies that legislation enacted by the D.C. Council may be blocked if a sufficient number of voters request a referendum on the issue.  [citation omitted].The Council, however, purported in 1979 to exempt from this provision any referendum that would violate the D. C. Human Rights Act. [citation omitted].  The D. C. Board of Elections, D. C. Superior Court, and D. C. Court of Appeals denied petitioners’ request for a referendum on  the grounds that the referendum would violate the Human Rights Act.  [see our previous post here].

Petitioners argue that this action was improper, because D.C. Council legislation providing that a referendum is not required cannot trump a provision of the D. C. Charter specifying that a referendum is required. They point out that if the Act does become law, they will permanently lose any right to pursue a referendum under the Charter. [citation omitted]. Petitioners ask the Court for a stay that would prevent the Act from going into effect, as expected, on March 3, 2010.

Roberts concluded that while this "argument has some force," and without "addressing the merits of petitioners’ underlying claim,"  a stay was not warranted.  He reasoned:

First, as “a matter of judicial policy”—if not “judicial power”—“it has been the practice of the Court to defer to the decisions of the courts of the District of Columbia on matters of exclusively local concern.”

Second, the Act at issue was adopted by the Council and placed before Congress for the 30-day period of review required by the D. C. Charter.  A joint resolution of disapproval by Congress would prevent the Act from going into effect, but Congress has chosen not to act. The challenged provision purporting to exempt certain D. C. Council actions from the referendum process, was itself subject to review by Congress before it went into effect.  While these considerations are of course not determinative of the legal issues, they do weigh against granting petitioners’ request for a stay, given that the concern is that action by the Council violates an Act of Congress.

Finally, while petitioners’ challenge to the Act by way of a referendum apparently will become moot when the Act goes into effect, petitioners have also pursued a ballot initiative, under related procedures in the D. C. Charter, that would give D. C. voters a similar opportunity to repeal the Act if they so choose.

Order at 2-3 [citations omitted].  Roberts ended by noting that there would be a chance for the Court to consider the merits in the future: "the D. C. Court of Appeals will have the chance to consider the relevant legal questions on their merits, and petitioners will have the right to challenge any adverse decision through a petition for certiorari in this Court at the appropriate time."

So, for now, the United States Supreme Court has deferred deciding on constitutional challenges to same-sex marriage in DC.

Listed below are links to weblogs that reference CJ Roberts Denies Stay of DC Same-Sex Marriage :

On the equal protection claim, Judge Walker ruled that there are genuine issues of fact concerning the level of scrutiny to be applied. He ruled that a sex/gender discrimination was not foreclosed as a matter of law. He also ruled that the level of scrutiny to be applied to sexual orientation was also not determined, holding that while the proponents seem to accept that gays and lesbians have faced discrimination and "contribute equally to society," there remains material issues of fact on the Carolene products factors of "immutability and political power." Additionally, Walker decided that whether or not Proposition 8 was enacted with animus remained an issue requiring factual development and specifically rejected the proponents argument that a finding of animus would mean that "everyone who opposes same-sex marriage is a bigot."