In a few words: a qualified yes.

While the matter is not free from all doubt, in our view, the [Maryland Supreme] Court is likely to respect the law of other states and recognize a same-sex marriage contracted validly in another jurisdiction. In light of Maryland’s developing public policy concerning intimate same-sex relationships, the Court would not readily invoke the public policy exception to the usual rule of recognition.  You have posed the question in the abstract, but, of course, context matters.  For example, to the extent that a particular matter is governed by federal law, the federal Defense of Marriage Act, which limits marriage for
federal purposes to opposite-sex couples, would prevent recognition
of the marriage for that particular purpose. Finally, with respect to your question concerning the Governor’s authority to issue an executive order, the Governor cannot legislate through an executive order. 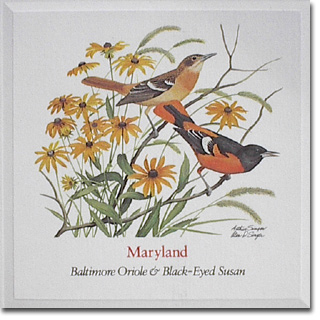 Listed below are links to weblogs that reference Maryland Atty General Opinion on Recognition of Out-of-State Same-sex Marriages: