Larry Tribe, Legal Services for the Poor, and Sharon Browne 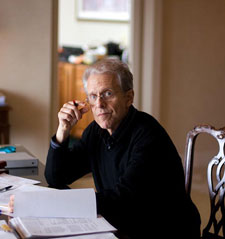 ConLaw Prof Larry Tribe (pictured left) of Harvard Law School  "will join the Justice Department next week as a senior and counselor focusing on expanding poor people's access to legal services" according to the Washington Post and announced by Harvard Law School.

The WaPo article notes, "The announcement comes a week after senior leaders at the department appeared at a Washington conference to draw attention to the large caseloads handled by public defenders and other challenges in providing legal services to low-income defendants."

Thus, it seems Tribe's efforts will be directed at the criminal justice system.

Meanwhile, on the civil side, Sharon Browne has been nominated to be the Director of the Legal Services Corporation - - - a choice objectionable to many civil rights and progressive legal organizations who support civil legal services for the poor.  According to the Alliance for Justice,  Senate Minority Leader Mitch McConnell (R-KY) proposed that Sharon Browne, a senior attorney at the Pacific Legal Foundation ("PLF"), be nominated to fill a vacancy on the Legal Services Corporation ("LSC") Board of Directors, and Obama  sent that nomination to the Senate for confirmation or rejection.   In addition to her work at PLF, the Alliance for Justice objects to Browne because in 1992, "Browne was one in a group of plaintiffs who filed a lawsuit, Brosterhous v. State Bar of California,challenging the State Bar's use of attorneys' dues money to advocate for providing adequate legal services for the poor in the legislature."

Listed below are links to weblogs that reference Larry Tribe, Legal Services for the Poor, and Sharon Browne :