The ongoing "Prop 8" trial in California, see our "primer" here, has just completed its second day.

For day one coverage and tweets, see the post with a list from our colleague Steve Saunders on the Sexual Orientation Law blog here, as well as the update from Shannon Minter, of National Center for Lesbian Rights here.

Minter (and others) tweets from day two of the trial are available here.  The testimony included the experts Nancy Cott and George Chauncey. 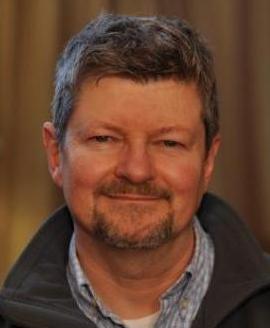 Foundation Director of the Schlesinger Library at Harvard University and the author of Public Vows: A History of Marriage and the Nation.  Cott testified and was cross-examined regarding marriage, coveture, polygamy, and the relationship between same-sex marriage and the divorce rate.

Professor George Chauncey (pictured right) is Professor of History at Yale University and the author of Gay New York: Gender, Urban Culture, and the Making of the Gay Male World, 1890-1940, and Why Marriage? The History Shaping Today's Debate over Gay Equality.  Chauncey testified and was cross-examined about the history of sodomy laws, the history of discrimination including in public employment, in the Hollywood codes, and Anita Bryant's crusades in the 1970s, as well as current conditions such as Don't Ask, Don't Tell policy in the military and hate crimes.

Listed below are links to weblogs that reference Perry v. Schwarzenegger, “The Proposition 8 Trial”: DAY TWO: