The well-publicized trial on the constitutionality of California’s Proposition 8 banning same-sex marriage begins today before Judge Vaughn Walker in the United States District Court for the Northern District of California (court website for case here). Recall that the California Supreme Court upheld Proposition 8 as we previously discussed here.  Publicity of this federal trial has itself been an issue: SCOTUS has just stayed the order that the court's trial proceedings were to be made available on You Tube.


Although there are some statements in the press that this is the first same-sex marriage trial, that’s not exactly true.  After the Hawaii Supreme Court decision in Baehr v. Lewin, state court judge Kevin Chang held a trial on the issue of whether the state had compelling reasons to prohibit same-sex marriage.  In an extensive Order in late 1996, Judge Chang held that the state failed to satisfy its burden of showing compelling interests and that the law was therefore unconstitutional.  This order was later stayed because of developments in Hawaii.

But certainly this is the first federal trial.  Interestingly, counsel for plaintiffs in the case are outside the usual LGBT movement, but are Theodore Olsen and David Boies, the attorneys who represented Bush and Gore respectively in Bush v. Gore.  Also interestingly, the state of California is not defending the lawsuit (Governor Schwarzenegger has taken no position and Attorney General Jerry Brown supports the plaintiffs).   California’s position is therefore being argued by intervenors including protectmarriage.com, who the trial judge described as the “proponents” of Proposition 8.  A New Yorker article published today discusses the attorneys, the parties, and some of the arguments.

The best description of the issues to be determined at trial is in Judge Vaughn Walker’s from-the-bench order denying the motion for summary judgment filed by the proponents of Proposition 8 (transcript available here; order at pages 72- 91). 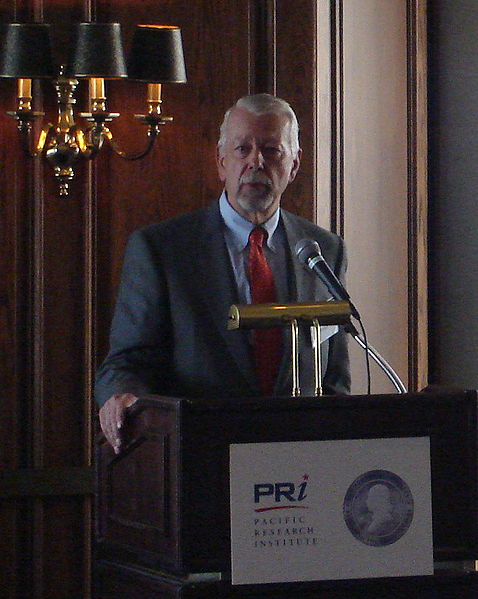 Judge Walker (pictured), Chief Judge of the Northern District of California, states that he cannot determine that the due process claims are foreclosed because although the government interests that Proposition 8 fosters may be "akin to a legislative fact," "embedded within such a legislative fact are certain assumptions about human behavior and relationships that have simply not been developed in the record."

On the equal protection claim, Judge Walker ruled that there are genuine issues of fact concerning the level of scrutiny to be applied.  He ruled that a sex/gender discrimination was not foreclosed as a matter of law.  He also ruled that the level of scrutiny to be applied to sexual orientation was also not determined, holding that while the proponents seem to accept that gays and lesbians have faced discrimination and "contribute equally to society," there remains material issues of fact on the Carolene products factors of "immutability and political power."  Additionally, Walker decided that whether or not Proposition 8 was enacted with animus remained an issue requiring factual development and specifically rejected the proponents argument that a finding of animus would mean that "everyone who opposes same-sex marriage is a bigot."

Regardless of the level of scrutiny - - - be it intermediate scrutiny based on gender/sex; some form of heightened scrutiny based on a Carolene Products analysis or on a Romer v. Evans analysis of animus; or lowest tier rational basis scrutiny - - - Judge Walker held that there remain material issues of fact both on  whether the actual state interests satisfy the appropriate standard and on whether those interests are actually served by the same-sex marriage ban as measured by the appropriate standard.

Thus, the trial will feature not only the plaintiffs, but a large number of experts. The trial is also expected to  highlight the role of organizations such as protectmarriage.org, one of the proponents, on the issue of animus in the Proposition 8 campaign.

Listed below are links to weblogs that reference Perry v. Schwarzenegger, “The Proposition 8 Trial”: A Primer:

I wonder if the phrase "abstinence education" is appropriate in regards to this study. It appears that the program did not advocate abstinence but instead educated these students on the potential problems associated with sexual activity. Do we know if the program made the point that all premarital sex should be avoided? Also, in regard to the data collection, has anyone looked into the possibility of a sort of "self-fulfilling" prophecy among those in the abstinence group? Herein there is the possibility that some may have denied having sex in order to satisfy researchers that their efforts were indeed effective. This is akin to students saying they liked my lectures even though they were bored in order to be polite towards me. Also, it is possible that the safe-sex group may have felt more comfortable revealing the truth about their sexual behavior.