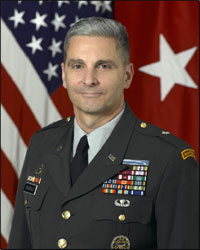 A Department Defense briefing, December 22, 2009, available from the Federal News Service (and on Lexis), is headlined:

Cucolo specifically addressed the matter of court-martial for pregnancy:

Now, I regret that the term court-martial was bandied about or mentioned by one of the earliest written reports on this.  I think what they did was, they probably read the general order number one and saw the words there.
This is -- this aspect of general order number one is a good order and discipline issue.  And I believe that I can handle violations of this aspect with lesser degrees of punishment.
So no, I do not -- I have not ever considered court-martial for this.  I do not ever see myself putting a soldier in jail for this.  I have had four soldiers.  I have had to deal with four cases.  In each case, they received a written reprimand, a letter of reprimand.
Now, I had two choices with that written letter of reprimand.  I could have put it in their official file, which may or may not have impacted their career.  But it would stay in their file, be seen at promotion boards, things like that.
Or I could put it in their local file, which is local disciplinary action, stays in the unit for a finite period of time and does not follow them when they're transferred.
In the four cases I had, they got local letters of reprimand. The obviously you say -- you know, I mean, I hold the men accountable too.
So there should have been four males punished.  There were three males punished.  And the reason there weren't four is because one female soldier did not want to say the name of the father, and I dropped it.  I did not pursue it.

Responding to criticisms that the policy treats men and women differently, Cucolo had this to say:

I am the one responsible and accountable for these 22,000 soldiers.  The National Organization for Women is not.  Critics are not.  I appreciate -- I will listen to critics, and they add thought. But they actually don't have to do anything.  I have to accomplish a very complex mission, very complex.

We are on the Kurd-Arab faultline up here.  We are -- we are moving units, relocating things.  It's a very dynamic atmosphere.  And I am most concerned about the health, welfare, morale, well-being and fighting ability of every single one of my soldiers.  And I'm going to do what it takes to maintain our strength and bring as many home as I can.

I owe that to the American -- I believe the American people expect me to do everything I can to keep every one of the soldiers -- that their money, their taxpayer dollars, trained and got ready for this -- in the fight.

Listed below are links to weblogs that reference Update: Pregancy Policy for Army, Comments by Major General Cucolo:

What the Army giveth, the Army taketh away:
http://www.reuters.com/article/idUSTRE5BN2D620091224

BAGHDAD (Reuters) - The U.S. military in Iraq will scrap a policy early next year that has led to the punishment of some soldiers serving in Iraq for becoming pregnant, the commander of U.S. forces in Iraq said on Thursday.