DOMA, Obama and the Power of the Judiciary

Ninth Circuit Chief Judge Alex  Kozinski (pictured left) and Chief of the Office of Personnel Management, John Berry (pictured right below) seem to be at loggerheads. 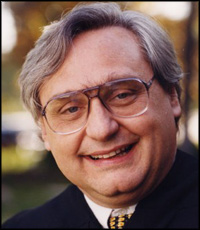 As Kozinski explains in his recent Order,  Karen Golinski had been "denied a benefit of federal employment because she married a woman rather than a man," and despite DOMA "determined that violates this court's guarantee of equal employment opportunity," and ruled:

The Director of the Administrative Office of the United States Courts is therefore ordered to submit Karen Golinski's Health Benefits Election form 2809, which she signed and submitted on September 2, 2008, to the appropriate health insurance carrier. Any future health benefit forms are also to be processed without regard to the sex of a listed spouse.

No “party or individual aggrieved” by my decision appealed it.  The Administrative Office of the United States Courts (AO) complied with my order and submitted Ms. Golinski's form 2809 to the Blue Cross and Blue Shield Service Benefit Plan, Ms. Golinski's health insurance carrier. That's as it should be; the AO is subject to the “supervision and direction” of the Judicial Conference of the United States, and I exercised authority delegated by the Judicial Conference when I ordered relief. After the AO submitted Ms. Golinski's form, I thought this matter had concluded.

The Executive Branch, acting through the Office of Personnel Management (OPM), thought otherwise. It directed the insurance carrier not to process Ms. Golinski's form 2809, thwarting the relief I had ordered.  I must now decide what further steps are necessary to protect Ms. Golinski and the integrity of the Judiciary's EDR plans. 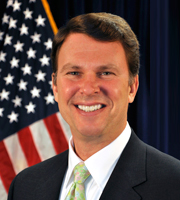 if the theory of separate powers means anything, it's that the Executive cannot use its dominance over logistics to destroy our autonomy. Would we permit OPM to interpret a statute so as to require us to racially discriminate in what we pay our employees? Could the U.S. Marshals refuse to protect our courthouses because they disagree with our decisions? May the Treasury refuse to cut paychecks to judicial employees it believes are not suitable for their positions?

That those rights are not in question here is irrelevant. The power the Executive has arrogated to itself in this case would be enough to sustain those actions as well. Nor is it any answer that OPM could set out a plausible interpretation of the law to support its actions in this case.

Kozinski thus orders specific relief including ordering the Office of Personnel Management to rescind its directive to the insurer that "Ms. Golinski's wife is not eligible to be enrolled as her spouse."

The response of John Berry, the Chief of the OPM (and perhaps ironically, the highest ranking openly gay member of the Obama Adminstration) has not yet been divulged.  However, Con Law Profs looking for a Marbury v. Madison issue for an upcoming exam might easily adapt this situation.

Listed below are links to weblogs that reference DOMA, Obama and the Power of the Judiciary: