Taking Private Property for Private Abandonment?: An Update on Kelo

The "takings clause" of the Fifth Amendment provides "nor shall private property be taken for public use without just compensation.”   Much of the constitutional controversy has revolved around "taking," especially when the "taking" is through regulation rather than physical appropriation. 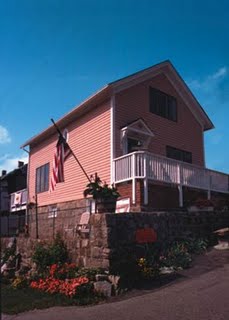 However, with Kelo v. City of New London, 545 U.S. 469 (2005), the issue of "public use" assumed prominence.  In Kelo, the Court acknowledged the two poles of "public use": the clearly constitutional situation when the government takes private property and will itself use that property (e.g., for a road) as opposed to the clearly unconstitutional scenario if a government were to take private property and then transfer that private property to a private entity for private use.   Relying on precedent relating to railroads, a majority of the Court held that the City of New London's taking of property in this "blighted" area and transferring it to companies including Pfizer that would develop the property amounted to a public use.

One way to portray the Kelo controversy is as a pitting of "little" individual property owners against "big" government and corporate interests.  The Little Pink House, a book published this year, is true to this  narrative, providing a compelling account of Susette Kelo, the case, and its aftermath.  For a more nuanced view, there is an excellent and critical review of the book by Professor George Lefcoe who teaches property at USC, available on ssrn here, and forthcoming in Connecticut Law Review.

The newest development in the factual landscape might be called a "non-development."  As reported by the New York Times, Pfizer is leaving the development in New London, Connecticut and taking 1400 jobs.  The report (with audio) on Democracy Now notes that Souter (who was in the majority in Kelo) has been replaced by Sotomayor, but that change would probably have less impact on any future "public use" case than the "feedback" to the Court's opinion.  As Dana Berliner, who represented the homeowners in Kelo expressed it on Democracy Now:

I don’t think there was anything in the [Sotomayor confirmation] hearings that would tell us that [she would rule differently]. I’m hoping, though, that what has happened since will have an effect on the court. The court’s decision basically said, “If the city’s got a plan, then we’ll just trust that they know what they’re doing. We won’t look at it.” And it was evident, even at the time, that this project was going to fail. And we showed that, and the court said they didn’t want to hear about it. I’m hoping that now, the next time they look at it, they’ll realize cities don’t know what they’re doing. They don’t know how to engage in risky real estate deals. And this is not the kind of thing that we should be using, eminent domain, in order to allow private companies to make a greater profit.

(with thanks to a number of CUNY School of Law students from previous Constitutional Law classes who forwarded various articles this week).

Listed below are links to weblogs that reference Taking Private Property for Private Abandonment?: An Update on Kelo: