Justice Roger Taney, a Supreme Court Justice, lived in Frederick, Maryland and practiced law there.  Thus, it is not surprising that the town of Frederick would have a monument to Taney.  It is also not surprising that not everyone would feel Taney should be honored with a monument; Justice Taney is most most well-known for authoring the Dred Scott decision. 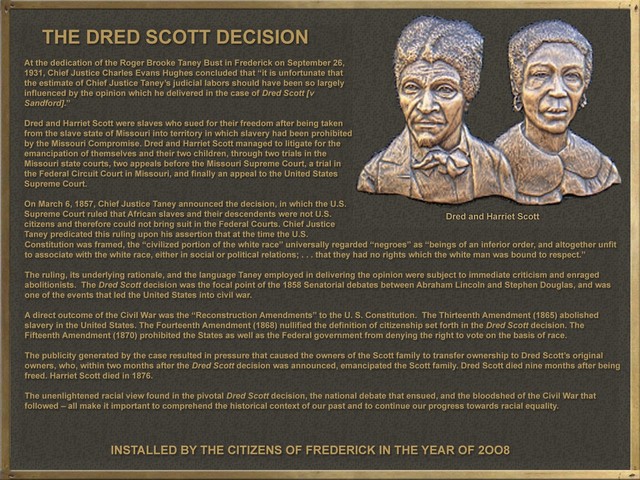 As reported yesterday, the town of Frederick has installed a plaque as a tribute to Dred and Harriet Scott.  As the reports note, this occurred after extensive discussions and planning (the plaque itself bears the year 2008).

Listed below are links to weblogs that reference Dred Scott & Harriet Scott Plaque next to Taney Statute: