Section 377 of the India Penal Code criminalizing sodomy has been declared unconstitutional by the Delhi High Court. 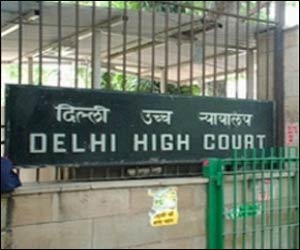 In a lengthy 105 page opinion, available as download here, authored by Chief Justice Muralidhar, the Court reasoned that the "underlying theme of the Indian Constitution" is that of "inclusiveness":

The inclusiveness that Indian society traditionally displayed, literally in every aspect of life, is manifest in recognizing a role for everyone.  Those perceived by the majority as "deviants" pr "different" are not on that score excluded or ostracized. . . . In our view, Indian Constitutional law does not permit  the statutory criminal law to be held captive by the popular misconceptions of who LGBT are.  It cannot be forgotten that discrimination is anti-thesis of equality and that it is the recognition of equality which will foster the dignity of every individual.

The Court's examination of Indian constitutional law stresses the Indian Constitution as "first and foremost a social document," noting that the fundamental rights provisions are the "conscience of the Constitution." (paragraph 80).   The Court considered principles of dignity, privacy, and equality in the context of the Indian and other constitutions.  On the issue of whether the criminalization of sodomy furthered a governmental interest or was related to that interest,  the Court discussed specific cases from other nations including Lawrence v. Texas (US), Dudgeon v. UK, Toonen v. Australia, Norris v. Republic of Ireland, National Coalition for Gay and Lesbian Equality v. Minister of Justice (South Africa), and Vriend v. Alberta (Canada).

The Court also quoted Justice Michael Kirby's recent speech, Homosexual Law Reform: An Ongoing Blind Spot of the Commonwealth of Nations, for rationales supporting the conclusion that the anti-sodomy laws derived from the imperial rules of the British crown are "wrong."  (paragraph 85).

In terms of judicial power, the Court stressed that in a democratic society it is the role of the judiciary to protect fundamental rights (paragraph 125), but noted that Parliament could choose to amend the law to be consistent with the recommendation of the Law Commission (and presumably the Court's Judgment) (paragraph 132).  The Court clarified that the judgment was not retroactive.

The Times of India and the BBC have reports on the court's judgment and reactions to it, including videos.