The Court held oral argument today in Northwest Austin Municipal Util. District 1 v. Holder, in which one of the two issues is the constitutionality of the Voting Rights Act of 1965:

Whether, under the Court's consistent jurisprudence requiring that remedial legislation be congruent and proportional to substantive constitutional guarantees, the 2006 enactment of the §5 preclearance requirement can be applied as a valid exercise of Congress's remedial powers under the Reconstruction Amendments when that enactment was founded on a congressional record demonstrating no evidence of a persisting pattern of attempts to evade court enforcement of voting rights guarantees in jurisdictions covered only on the basis of data 35 or more years old, or even when considered under a purportedly less stringent rational-basis standard.

In the oral argument, transcript here, there was much discussion about the Congressional evidence, about whether or not "things" have changed in terms of race relations, and about geographic distinctions.

Near the beginning of the argument, Justice Souter responded to Gregory Coleman, arguing for the Appellant utility district:

SOUTER:  Your argument is largely based on the assumption that things have significantly changed and that therefore Congress could not by whatever test we use extend the -- extend section 5. But what we've got in the record in front of us -- I don't have a laundry list to read, but I mean, we've got I think at the present time a 6-point -- a 16-point registration difference on Hispanic and non-Hispanic white voters in Texas. We've got a record
of some 600 interpositions by the -- by the Justice Department on section 5 proceedings, section 5 objections, over a period of about 20 years. We got a record that about two-thirds of them were based on the Justice Department's view that it was intentional discrimination. We've got something like 600 section 2 lawsuits over the same period of time. The point that I'm getting at is I don't understand, with a record like that, how you can maintain as a basis for this suit that things have radically changed. They may be better. But to say that
they have radically changed to the point that this becomes an unconstitutional section 5 exercise within Congress's judgment just seems to me to -- to deny the empirical reality.

Congress's reauthorization in 2006 was the paradigmatic attempt of what to do in Congress. It didn't redefine a rate, nor did it cast aspersions at Supreme Court doctrine. Rather, it took that doctrine seriously, both this Court's teachings with respect to the Voting Rights Act specifically, as well as the -- as the scope of the Congress's Reconstruction enforcement powers, and arrived at a considered judgment. After 16,000 pages of testimony, 21 different hearings over 10 months, Congress looked at the evidence and determined that their work was not done.

Transcript at 27.  Coleman had quite a different portrait of Congressional action, stating, in a response to Justice Ginsburg that "it is important for the Court to understand and to consider the fact that Congress really thumbed its nose at the Court in terms of rejecting the constitutional concerns that the Court raised" in previous cases.  Transcript at 64.

Most Court observers, ConLawProfs, and Con Law students predict that Justice Kennedy will be the deciding Justice, so his comments merit special attention.  In considering the Congressional scheme in which some jurisdictions are covered and others are not, Kennedy focused on the disparity amongst states:

So is it your -- is it your position that today southerners are more likely to discriminate than northerners?

This is the last oral argument of the term, with a decision expected in late June. 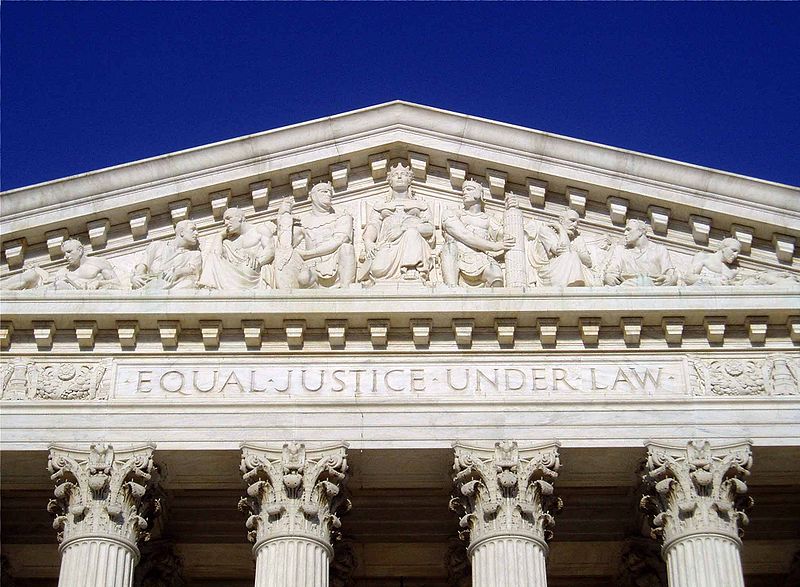 Listed below are links to weblogs that reference Voting Rights Case - ANALYSIS of Oral Argument: