There are many terrific articles and books on Australian Constitutional Law.  Yet as I prepared for the public conversation with Justice Michael Kirby, recently retired from Australia's High Court, I found two invaluable sources that are worth reading - and rereading. 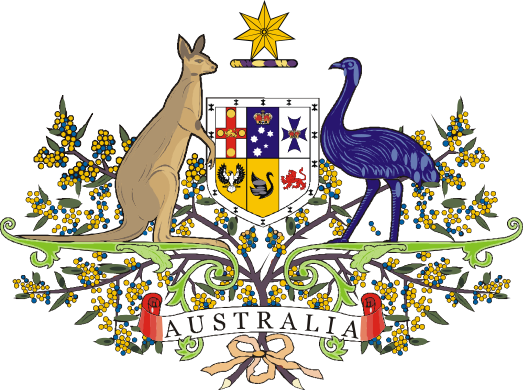 The first work is Inside the Mason Court Revolution: The High Court of Australia Transformed

by Jason L. Pierce, an American political science professor specializing in constitutional law.   Published in 2006, I read the book when it first appeared, but the book remains timely because the problems of judicial roles, constitutional decision-making, and so-called judicial "activism" have not been resolved.  Pierce's methodology includes extensive interviews with judges and others in the legal elite (which in Australia generally means a person bearing the title QC - Queen's Counsel - after his [and very occasionally her] name).  The second chapter has a very useful overview of the Australian legal system - - - I would recommend it to any legal scholar working on Australian law.

Moreover, while focusing very specifically on Australia and discussing particular decisions and particular jurists, much of what Pierce theorizes has relevance in the United States context.  Apart from the introductory chapter, Pierce is not writing a comparative constitutional law volume.  Yet perhaps because of his American training, Pierce's discussion have resonance.  Thus, I think it is a good book for legal scholars working on judicial politics in the US context as a way of testing one's theorizing in a less familiar doctrinal landscape.

The second is the work of Australian law professor Reg Graycar, previously discussed here.  I found her newest piece appearing on ssrn here, co-authored with Professor Jenny Jane Morgan.  As the abstract announces:

In 2009, Australia is debating whether to have a national bill of rights and remains one of the last western democracies that has not yet legislated for (or indeed constitutionally entrenched) some form of human rights law. Nor is there any guaranteed right to 'equality'. Nonetheless, as feminist legal scholars, our work has been centrally concerned with issues of equality. We argue that equality is deeply implicated as a value in the Australian legal system, despite the absence of some formal instrument or constitutional guarantee.

This discussion asks, perhaps controversially, whether there might be some advantages that flow from that lacuna. Does an absence of formal rights protection leave room for flexibility and for more creative responses for those who have been left outside the mainstream of the legal community? We explore some of the traditional critiques of rights discourses and the persistence of formal equality as the preferred model. We then interrogate these issues by reference to two case studies: first, the recognition of lesbian and gay familial relationships and secondly, in the context of the law governing the regulation of abortion.

Graycar (pictured left) and Morgan (right), authors of the exceedingly popular and useful The Hidden Gender of Law,  pose questions about constitutional structures, specifically the absence of a Bill of Rights or of an equality provision.  It is an issue that is not unfamiliar to American constitutional scholars - - - especially those considering originalism or the Ninth Amendment - - - albeit in a different guise.  Graycar and Morgan explore the notion that an absence of constitutional "rights" might actually work toward a greater realization of those rights in the hotly-contested debates surrounding sexual freedom issues such as same-sex relationships and abortion.  And in comparison with US doctrine, their conclusions are certainly worth consideration.

As summer approaches - - - at least here in the northern hemisphere - - - and many constitutional law profs will be traveling and engaging in comparative constitutionalism, anyone going to Australia should certainly take a look at Inside the Mason Court Revolution, any work by Reg Graycar and Jenny Morgan, and the career and work of Justice Michael Kirby.