Revolution Without Reform? A Critique of Egypt’s Election Laws 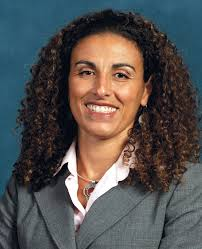 Sahar Aziz (Texas Wesleyan) has posted, Revolution Without Reform? A Critique of Egypt’s Election Laws on SSRN. The article should be of interest to anyone who seeks to understand the post-colonial history of Egypt’s electoral institutions. The article notably compares the efficacy of Egypt’s election laws before and after the January 25 Revolution.  Aziz persuasively argues that post-revolution reforms fall short of creating the necessary conditions to produce a “sustainable and meaningful democracy.”  Te article traces the history of the Egyptian Constitution, which came into force in 1956, and critically examines the legal framework that governs Egypt’s two key election monitoring and oversight authorities- the High Elections Commission (HED) and the Presidential Elections Commission (PEC).

While Aziz notes that the post-revolution changes in the electoral system appear to be constructive, she argues that built in structural flaws will undermine their ability to produce sustainable and meaningful change. In one example, Aziz points out that, by requiring that the membership ranks of the HED and PEC be drawn from the judicial rather than the political ranks, the reforms attempt to depoliticize the composition of the monitoring agencies. Unfortunately, because the law dictates that commission members arbitrate front line partisan electoral disputes rather than review the decisions of independent election commissions, the process guarantees that judges will find themselves at the center of partisan debates. By immersing judicial officials into the heart of partisan debates, the judiciary’s legitimacy as an independent institution will be threatened from the start.  Americans witnessed this development first –hand when the Supreme Court announced its decision in Bush v. Gore, as we saw how quickly this involvement may impair the public’s perception of the judicial independence.

With respect to the representation of women in public political life, Aziz criticizes the government’s decision to eliminate the sixty-four seat representation quota for women in the People’s Assembly.  While the law requires the parties to include women on their candidate lists, because the parties typically put women at the bottom of those lists, they have little chance of getting elected. Finally, Aziz suggests that the reforms have done little to reform a pre-revolution electoral system that allowed the NDP to maintain a three-decade grip on political power. Ironically, by adopting a purely democratic system after decades of authoritarian rule, Sahar argues that the system reinforces the inequities created by that system as disparities in income, status, and cultural bias against particular groups and women impede equal opportunity.  In addition to failing to create a level playing field, the laws fail to create a system that is transparent and independent enough to earn voters’ confidence.

Despite these criticisms, Sahar points out that Egypt has undertaken two positive electoral reform steps. First, she argues that the use of a closed list system will presumably improve the competency of the office holders and undercut the system’s historical tendency to elect candidates buttressed by wealth who could self-finance their campaigns.  Given Egypt’s governance issues, Aziz postulates that the parties will be motivated to select competent candidates who are likely to win reelection. One downside to the list system, which Aziz acknowledges, is that the political parties are likely to shut out independent political activists who seek political office.
Second, Sahar notes that the changes to the HEC, which will replace the Commission’s political appointees with judges, will bring Egypt close to achieving some measure of independent elections oversight. Unfortunately, because the president appoints the senior judges to the highest courts and holds the keys to lucrative consulting opportunities, the judges on the HEC are unlikely to cross the President in a high profile political dispute.

This is a well-written and well-researched article that is likely to serve as a excellent guide to the current state of Egypt’s electoral system.


This blog is an Amazon affiliate. Help support Comparative Law Prof Blog by making purchases through Amazon links on this site at no cost to you.