Share
Laila Hlass at Tulane University Law School and Lindsay Harris at the University of the District of Columbia Law are pleased to share two videos we developed with the support of a Carol Lavin Bernick Faculty Grant from Tulane to teach students about legal interviewing and language access. For a description of this project and links to the videos, please check out this webpage. Our videos can be found on this youtube channel, including a short introduction video explaining briefly how the videos can be used. These videos could be used  in a variety of experiential learning settings, including in clinic seminars, within externships or practicums, or in preparation for intensive alternative Spring Break experiences. Although the interviews in the videos relate to immigration law, we believe the interviewing issues are intersectional across all issue areas.
In our first video, Interviewing Victor: The Initial Meeting, two law students Lisa and Max interview a teenage asylum-seeker in removal proceedings, raising a number of issues relating to initial client interviewing, including: Road mapping and organization of the interview; Building rapport; Confidentiality; Role description, including representation at later stages, and explaining the arc of case; Verbal and nonverbal cues; Tone; Answering client questions or ethical issues that are difficult and unexpected; Recording the interview and seeking permission; Taking notes; Form of questions; Word choice; Approaches to sensitive topics and response to client’s distress; Client-centered lawyering; and Working with a co-interviewer. 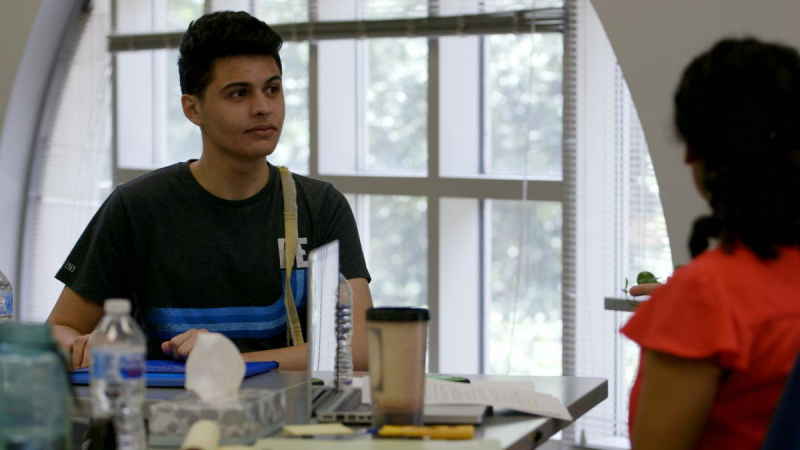 In the second video, Josefina: Using an Interpreter,  the same two law students work with interpreters to interview a monolingual Spanish-speaking client seeking a U visa as a victim of a crime in the United States. This video raises questions regarding: Using third person; Pacing of speech; Summarization and expansion of interpretation; Challenges when one student speaks the client’s language but partner does not; Confidentiality; Use of interested parties, such as family members; Approaches to changing interpreters; and Use of common language words where the interpreter doesn’t know the intended meaning. 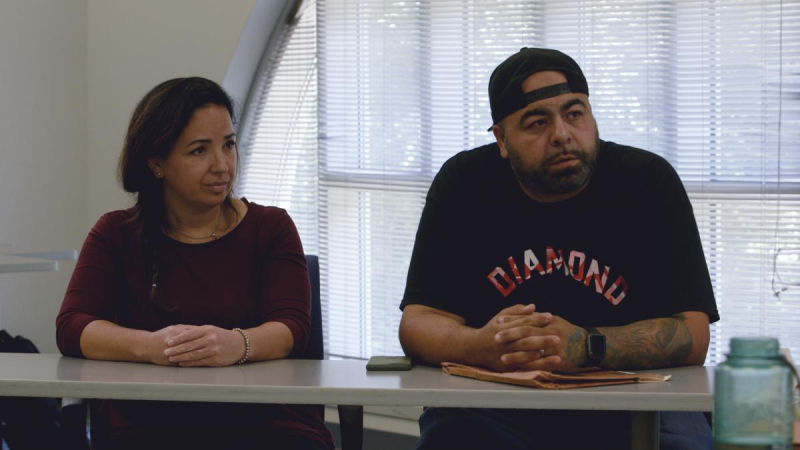 We have developed a teaching guide with suggestions about how to use the videos in class (where students can yell "stop" to pause for an in-class discussion of the choices the fictitious clinic students are making), or as an out of class assignment with prompts. We are happy to share this teaching guide and just ask you email us to request it and let us know for which law school course you are considering using the film. The videos run about 20 minutes, but are in "chapters," (saved as "playlists" on youtube) so you can fast-forward to highlight the issues you'd like to in class. The teacher's guide also includes exercises to suggest how to "flip the classroom" and have the students watch the videos outside of class time and either reflect in writing or discuss in class, or both.
We hope you find these videos useful and for experiential educators who plan to be at the AALS Clinical Conference in San Francisco in May 2019, we'll be presenting during a concurrent session with a few teachers who have already committed to using these videos in the Spring to share benefits and challenges of teaching these subjects with the videos, and hope to see you there!
To request a copy of the teacher's guide, please send an email to lhlass@tulane.edu and lindsay.harris@udc.edu with the name of the course in which you are considering using the videos.

Judgment By Social Media and Tweeted "Expertise" - Three Cases From The Cincinnati Zoo, The Forests of Japan, and Amber Heard's Marriage

As lawyers we oftentimes have to suspend our personal judgment of our clients, their choices and their circumstances.  As clinicians we regularly train and remind our students on this suspension.  Not only does this suspension preserve rapport, but it also allows for better representation of the person, as we just have to take them for who they are, not who we think they should be.  Best practices and professional rules also remind us of client-centered representation, directing that choices are the client's choices and not ours, and that's its not all about us. Professionally this suspension of judgment can be a struggle - as a lawyer you may know "what's right" or "what's best" but the client chooses otherwise.  And we must accept that.

If only we as a society were charged with this suspension of judgment - but as anyone can tell from the news this week, people are quick to judge others, and their choices, and proffer various social media statements to tout their judgment and expertise.  (Ironically we also have a process for declaring and establishing expertise in the legal field, via our rules of evidence, which Twitter appears not to follow).  Anyone can judge or be an expert in social media - just take a look at this week's fodder:

1) The Death of Harambe:  Let's face it.  Everyone loses in this situation.  If the zoo didn't kill the gorilla, the child might have died and folks would be standing outside the exhibit with candles and posters in memoriam of the boy.  Instead the zoo kills the gorilla, and even though they saved a child, someone must be to blame - distracting iPhones, parents, zoo architecture - you name it.  Mom apparently is an administrator at a preschool, leading many to now call for her resignation.  Because the two go hand in hand.

2) Abandonment in Hokkaido: To leave or not to leave a seven year old boy on the side of a mountain road in deep bear country forest for throwing stones? That was the question.  Parent's call? To leave. Is it neglect or within the boundaries of discipline? You decide. Everyone else is.

3) Let's all kick Amber Heard while she's down: Maybe, in a couple of weeks, we will forget doing so, just like her husband allegedly did. It's times like these that make those us of doing domestic violence work cringe. Who is Amber Heard? If you hadn't heard of her (no pun intended) you certainly have now. Heard is the much younger wife of actor Johnny Depp who filed for, and was granted, a restraining order against him. Various photos of her with injuries have emerged, injuries that were allegedly caused by Depp - but where does the public support lie? Mainly with Depp. Why? Because it's her fault, of course, that this happened. She "exacerbates Depp's 'jealousy issues'" as allegedly Depp is incredibly insecure about her. She's also just in it for the money apparently, there being no prenuptial agreement and their divorce filed in California (the laws in California entitling her to fifty percent of what he has made during the marriage). Lastly, her bringing these issues out publicly just confirms that their marriage, and her involvement in it, have just been "nonstop drama".

As lawyers we have standards for these sorts of judgments and admissible statements. We also have a saying, "innocent until proven guilty". Yet as social media shows us time and time again, judgement is swift, fleeting and generally contained within 140 characters. Perhaps we should remind ourselves that #glasshousesarefullofhotair.

In May, the movie Noble will open; it is a biography of Christina Noble, Irish children's rights activist.  In advance of the debut, the producers solicited stories from women doing courageous work.

Prof. Brittany Stringfellow-Otey received a nomination.   Here is her profile.

These are my favorite quotes from my colleague and friend:

“My goal is for poverty to bother you for the rest of your life . . . I don’t want you to be able to walk the block to your office and not be completely troubled by those asking for money or suffering from addiction. I want you to do something about it, with your time and resources.”

“I want to be an old lady working on skid row. I will always be here.”

But How Do I Teach...? Good question, now that summer's about over.

If you are like me, summers go way too fast.  One of the challenges of being a clinician is that your summers are more often than not filled with roll-over cases/students, summer classes, externships, and miscellaneous writing/vacations/activities.  Sooner than we know, it is fall semester again, and we are once again faced with new students, new cases, new challenges and an impetus to energize ourselves and our curriculum.  As I am not quite ready to face that yet, and others of you might feel similarly, I thought I would post a distraction instead, to get us through the remainder of summer. My summer ends in 11 days, and I plan on making the most of it!

It's around this time of year that I take a few minutes at work to recycle, clean my office, water my neglected plants and look for new office decorations to get me through another academic year.   Some of my favorite works are by an artist called Brandon Bird.  Brandon gained a decent reputation when he developed a Law and Order Coloring Book several years ago, which if you haven't seen it, is available here and offers up a few chuckles: http://brandonbird.com/lno_color.html.  As further incentive, it contains a dot-to-dot of the cop character Lenny Briscoe, which is always useful on a day you need something to procrastinate with.

My most recent work purchase is a print called "A Night Away" (image below from http://brandonbird.com/lno_camping.html).  I like it for its subtlety and because students usually do a triple take once they see the print.  And because, let's be honest, sometimes we all just need a night away.  Even Lenny Briscoe and Jack McCoy.

Here's to all of us having a good rest of our summer and a fresh start to the new academic year.  May your offices be free of clutter, files neatly organized, withdrawals all granted and classes all prepped.  Best wishes for Academic Year 2014-15!