This week, Pepperdine University convened an event to rededicate a portrait of Larry Donnell Kimmons, but this was more than dedicating a portrait and displaying a plaque.  It was an act of critical remembrance, confession, repentance, and hope.

In 1969, George Pepperdine College was on its original campus in Watts. On March 12, a white campus security officer shot and killed, murdered, Larry Donnell Kimmons. Kimmons was a 15 year-old black high school student from the neighborhood on his way to a basketball game in the college gym with his friends. The Graphic reported on this killing and its aftermath in this 2016 feature.

Pepperdine had admitted black students since its founding in 1937, but through the 1950s it limited campus housing to white students. In 1965, the Watts Revolt erupted around Pepperdine’s campus and sparked the decision to move to Malibu by the early 1970s. The University’s response to Kimmons’s killing sealed the deal to evacuate South Central.

For years, the University forgot this trauma in its history. Except for a few who kept the story and its shame alive, the move to Malibu afforded an escape and a gloss to let the unpleasantness fade. After student protests in 1969 and 1970, the University erected a plaque and portrait at the old campus, but they never made it to the new campus and vanished from sight.

This week, however, Pepperdine remembered. Pepperdine confessed and repented. Pepperdine made good on its old promise to honor the “handsome man-child” who bled out his life on our campus. Now and henceforth, Pepperdine will honor Kimmons and his life, and remember his traumatic, unjust death, with pride of place in newly renovated Payson library. 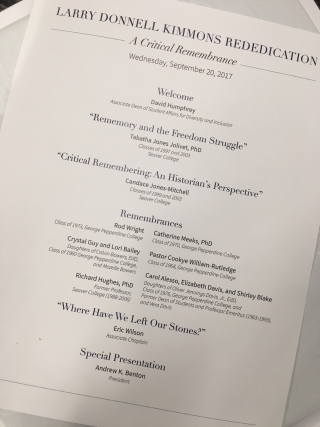 Calling on Christian and Jewish practices of remembrance and markers, the Pepperdine community recalled the moment of blood and trauma as a pivotal moment in our history, erected a marker that will remind the people of the loss and injustice, and committed itself to continuing pursuit of justice and dignity for all people.

Public memory is essential for justice, dignity, and healing from public trauma. Last night was a remarkable and important reckoning for our school.

May we be faithful to the truth and love we witnessed there. 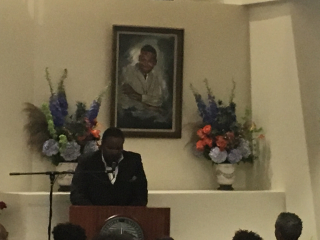 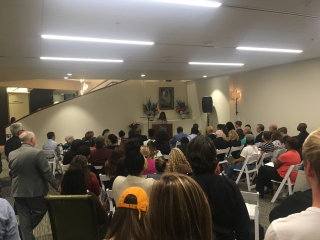