The title of this post comes from this recent paper by Professor Sofia Yakren, the abstract of which states:

42 U.S.C. § 1983 (“§ 1983”) empowers individuals suffering civil rights abuses at the hands of state actors to seek recourse in federal court. The statute was enacted in response to southern states’ failure to control the Ku Klux Klan, and it has increasingly become a vehicle for federal reform of unconstitutional state and local government practices. Nationwide, state criminal justice systems cry out for such ex-post reform, as they continue to generate wrongful convictions at unacceptable rates with no notable preventative measures in place.

“Malicious prosecution” claims brought under § 1983 are a common mechanism for redressing state-driven wrongful convictions, but this article asserts that they are not meeting their full reform potential. A plurality of federal courts erroneously requires plaintiffs to prove malice in support of such claims. While, superficially, the requirement comports with the “malicious” prosecution nomenclature, the nomenclature itself is misleading. Federal malicious prosecution claims are based on the Fourth Amendment, the purpose of which is to hold state defendants accountable for objectively unreasonable acts – not intentional, or malicious, ones.

In abandoning the Fourth Amendment’s purpose, the offending courts have also ignored the real causes of wrongful convictions and, therefore, have failed to further true reform. Research shows that the vast majority of wrongful convictions are driven – not by malice – but by cognitive biases that cause inaccurate perceptions and objectively unreasonable decision-making. Although unintentional and often unconscious, cognitive biases may be ameliorated through education, exposure to divergent views, and reform of systemic factors that trigger and exacerbate bias. Reframing § 1983 relief for wrongful conviction as a question of objective unreasonableness rather than malice would tie liability more closely to: (1) non-malicious cognitive errors that frequently taint state actors’ decisions during criminal proceedings, and (2) states’ failure to implement cognitive error-neutralizing practices. This change to the legal standard, accompanied by close consideration of cognitive science, has the potential to enhance plaintiffs’ access to compensation and to require state reform of the true systemic causes of many wrongful convictions.

Darren Wilson, the white police officer who killed Michael Brown, an 18-year-old black man, told federal investigators his account of the events of August 9 that resulted Brown's death. According to Wilson, Brown "punched and scratched him repeatedly"as the teenager held him inside his vehicle. Wilson claims "Brown reached for his gun" and "removed [it] from the holster on [Wilson's] right hip," according to this NYTimes report.

In September, Officer Wilson appeared for four hours before a St. Louis County grand jury, which was convened to determine whether there is probable cause that he committed a crime. Legal experts have said that his decision to testify was surprising, given that it was not required by law. But the struggle in the car may prove to be a more influential piece of information for the grand jury, one that speaks to Officer Wilson’s state of mind, his feeling of vulnerability and his sense of heightened alert when he killed Mr. Brown.

Police officers typically have wide latitude to use lethal force if they reasonably believe that they are in imminent danger.

The officials said that while the federal investigation was continuing, the evidence so far did not support civil rights charges against Officer Wilson. To press charges, the Justice Department would need to clear a high bar, proving that Officer Wilson willfully violated Mr. Brown’s civil rights when he shot him.

The account of Officer Wilson’s version of events did not come from the Ferguson Police Department or from officials whose activities are being investigated as part of the civil rights inquiry.

The Brown family's attorney said that Wilson's account is unreliable, and that Wilson cannot dispute that he shot "Brown [as he] ran away from him." Dorian Johnson, who was with Brown that day, claims that Wilson actually "grabbed [Brown] around his neck" and pulled him into the police S.U.V.  before shooting him. After he shot Brown, Johnson says they "took off running" but Wilson shot Brown again -- and again -- a claim supported by at least one eyewitness. Johnson also denies that Brown ever attempted to grab Wilson's gun.

The evidence confirms that there was a struggle between Wilson and Brown at last part of which occured inside the S.U.V., and that Brown was shot at close range with Wilson's gun. Brown's blood has been found on the gun and Wilson's uniform, as well as on the inside of the police S.U.V. The evidence also shows that two bullets were fired inside the vehicle, one of which struck Brown's arm.

Then there's the matter of the shots fired outside the vehicle. The Times reports that Wilson did not account for these shots. Even if Wilson's conduct inside the vehicle was reasonable (which is disputed), the family's attorney will certainly claim that any perceived threat ceased once Brown began to flee.

It seems to me that the NYTimes's report protends badly for those hoping the grand jury will issue an indictment. But perhaps I'm a cynic. Supposedly, we'll find out within the next 30 days.

Prof. Berman calls for re-examination of presumption of finality in sentencing, with implications for federal habeas corpus petitions 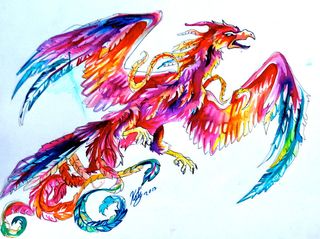 The consideration of “sentence finality,” argues Professor Berman, ought to account for relevant distinctions between habeas corpus petitions for review or reconsideration of convictions and those for sentencing, a difference currently missing from finality discussions by courts and commentators.* He concludes:

I strongly believe that lawmakers and judges should be inclined to reverse the standard finality presumption [when] a defendant is challenging only his extended on-going prison sentence based on consequential new developments… Put another way, I contend that finality concerns ought to presumptively recede when a defendant challenges an extended prison term, especially if and when the relief sought is not reversal of past punishments already endured, but merely a new assessment of significant scheduled future punishments still in the offing.

To begin with, the historical record does not evidence a commitment to finality in sentencing at the time of the nation’s founding. To the contrary, early sentencing practices coupled with various provisions of the federal constitution suggest a desire that judges and correctional officials retain discretion in the imposition of sentences. In fact, the desire for finality is a relatively new phenomenon. Professor Berman observes that discretion was the norm until the 1960s when support for retributive sentencing policies began gaining popularity.

This historical reality should inform consideration of this period’s debate over the finality of criminal judgments in two critical ways: (1) because it was widely understood (and still well-accepted) that all sentences were indeterminate and subject to review and reconsideration by corrections officials, advocates stressing the importance of treating criminal judgments as final were necessarily focused only on finality of criminal convictions; and, (2) any problems or harms resulting from giving too much weight to the interest of finality for criminal convictions were necessarily mitigated by parole mechanisms which allowed reconsideration of any and all criminal sentences that might later be considered unfit or unfair based on subsequent legal or social developments.

Moreover, the conceptual justifications for finality vary depending on the nature of the defendant’s request—whether it pertains to the conviction or the sentence. As reflected by contemporary standards, whereas criminal trials demand determinations about “historical factual issues to be reflected by” the rote decision as to the defendant’s guilt or non-guilt, sentencing requires an examination of a much broader set of considerations to ensure that the outcome of this more nuanced decision reflects “just and effective punishment” for the wrongdoing. As Professor Berman explains:

Put most simply, sentence finality is a concern different in kind from conviction finality, and thus the finality balance struck for convictions, whatever its merits or flaws, should not, in modern times, be unthinkingly applied when a defendant only seeks review or reconsideration of an on-going sentence.

These historical, conceptual, and practical differences ought to affect the way courts analyze challenges to the standard finality presumption. That is, an inmate’s habeas corpus petition ought to receive less exacting scrutiny than a plea to review a conviction.

I’m no expert, but I find Professor Berman’s thesis persuasive. I’ve long been troubled by laws limiting the discretionary authority of those responsible for sentencing decisions, such as mandatory minimum sentencing, which shifts sentencing decisions from decision-makers to prosecutors.  I also worry about faith in the nonexistence of—or perhaps ambivalence to—future circumstances that might provoke just challenges to today’s sentencing decisions—e.g. the disparity in sentencing for possession of crack and powder cocaine. Professor Berman’s bifurcation of finality in convictions and sentencing seems to go a long way towards the creation of doctrine that is more responsive to the demands of justice than the current standard.

* Professor Berman also is committing a series of posts to several issues raised by his article at his renowned legal blog, Sentencing Law and Policy.

Judge dismisses false arrest lawsuit in which the wrong man was arrested and held in prison for five days before police realized their mistake.

Macy's now joined with Barney's in scandal over allegations that the businesses profiled black shoppers making expensive purchases and detained them, while Barney's vows to review its policies.

FBI investigates the recent killing by police of 13-year-old carrying a plastic gun.

Ohioans could be turning to Michigan abortion clinics as local ones close.

Columnist rejects argument for arming teachers and says its time to start holding partents of schoolhouse killers responsible as well.