"The Disappearance of Voluntary Affirmative Action from the U.S. Workplace"

The title of this post comes from this paper by Professor David Oppenheimer, the abstract of which states:

As voluntary affirmative action in the United States has been transformed into diversity management, the original intended beneficiaries of affirmative action, racial/ethnic minority group members and women, and particularly Black Americans, have been left behind.

Despite controversy over the use of racial quotas in the United States, demands for voluntary affirmative action by private employers grew into a nationwide movement in the 1960s under the leadership of Rev. Dr. Martin Luther King Jr. and Rev. Jesse Jackson. In cities across the United States with large Black populations, they demanded the use of proportional hiring so that companies selling their products to Black consumers would hire Black employees in proportion to the local Black population or their Black clientele. In the 1964 Civil Rights act, the U.S. Congress considered the affirmative action/proportional representation/quota issue and reached a compromise; employers would not be required to give preferences to Black applicants, but neither would they be prohibited from voluntarily doing so. In the 1970s and 80s the U.S. Supreme Court upheld the compromise, holding that private employers could give hiring and promotion preferences to underrepresented ethnic/racial minority workers (and women) to correct “imbalances” in the workplace, subject to certain limitations. Yet beginning with the election of Ronald Reagan in 1980, and accelerating into the twenty-first century, U.S. employers have abandoned affirmative action policies in favor of “diversity management” policies. While these policies initially focused on the hiring and promotion of women and racial/ethnic minorities, as diversity policies have grown and developed, they have abandoned their focus on aiding underrepresented workers. As a result, Black Americans are being left behind, even as the policies adopted through their advocacy have become widely accepted.

"The Hidden Question in Fisher"

The title of this post comes from this recent article by Professor Brian Fitzpatrick, the abstract of which states:

This Term, the Supreme Court will once again consider whether the University of Texas at Austin is illegally discriminating on the basis of race in its undergraduate admissions program. Most commentators expect the University to lose because it seems to have so little need to consider race as an admissions factor in light of the success generating racial diversity its Ten Percent Plan has had all by itself. This does, indeed, seem to be an easy case. But it is an easy case only because it has been litigated upon on a dubious premise: that the Ten Percent Plan is itself constitutional. The more interesting and important question is whether this premise is false. I think it may be. The Ten Percent Plan was (successfully) designed to replicate the discrimination against whites and Asians that the University had achieved using pervasive racial preferences in the 1990s. If a law is motivated by racial discrimination and has the effect of racial discrimination, isn’t the law racial discrimination? And, if it is, isn’t it constitutionally suspect? The short answers to these questions are yes.

Soon, SCOTUS will hear oral arguments in Fisher v . University of Texas at Austin II over whether the University of Texas's admission plan is constitutional. Texas residents who finished in the top 10% of their high school class are admitted automatically. This accounts for 80% of admissions. For the remaining 20% of applicants, the university uses a long list of factors in making a determination, one of which is race. Proponents claim that UT's policy is necessary to achieve the legitimate aim of promoting institutional diversity. Opponents, however, allege that it violates the Equal Protection Clause of the 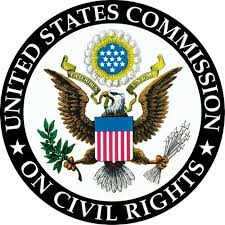 Fourteenth Amendment arguing that the goal of diversity can be achieved without taking race into account, and by using race, UT is unfairly advantaging minority students.

Today, the U.S. Commission on Civil Rights announced its support for UT's policy. The commission states in part:

Throughout its history, the Commission has expressed its strong belief in the benefits of diversity in educational settings. In our 1975 report Twenty Years After Brown: Equality of Educational Opportunity, the Commission found it appropriate “to provide the equal educational opportunity that segregation inherently denies and to permit all pupils to develop the understanding and appreciation of each other that inevitably will result in a more equitable society for all Americans.”...

The commission's entire statement can be read here.

"May It Displease the Court: Race and Justice Sotomayor"

ProPublica has this interesting Q&A on the re-emergence of the Fisher case with Joan Bizkupic, author of “Breaking In: The Rise of Sonia Sotomayor and the Politics of Justice.”

The Origins of Arguments Over Reverse Discrimination: Lessons from the Civil Rights Act of 1866

The title of this post comes from this recent paper by Professor George Rutherglen linking the debates over the Civil Rights Act of 1866 to modern ones over affirmative action policies. Here's the abstract:

Disputes, disagreement, ambiguity, and ambivalence have marked the law of affirmative action since it came to prominence in the Civil Rights Era, nearly 50 years ago. These current controversies might be attributed to modern attitudes, and in particular, the need to delay enforcement of a strict colorblind conception of prohibitions against discrimination until the continuing effects of racial and ethnic discrimination have been eliminated. But a look at the origins of the civil rights law in Reconstruction belies this modernist perspective, which foreshortens debates to the aftermath of Brown v. Board of Education rather than rediscovering their origins in Reconstruction. This article attempts to rediscover those origins by re-examining the legislative history and immediate reception of the Civil Rights Act of 1866 as it bears upon race-conscious remedies for racial discrimination. The argument proceeds in three parts. The first concerns the 1866 Act itself and the congressional debates over it, which featured charges of special treatment despite the neutral terms of the act. The second compares the act to the legislation authorizing the Freedmen’s Bureau, where arguments of special treatment carried more force, so much so that the authorization for the bureau had to remain temporary and it lapsed well before Reconstruction ended. The third part briefly considers the implications of this comparison for modern civil rights law, and in particular, for constitutional arguments over affirmative action. No one-to-one correspondence exists between the legislative debates in 1866 and constitutional arguments today, but the debates then have left their traces now in concerns over special remedies for discrimination, and in particular, over how long they last.

The Week claims anti-abortion activists are 'hijacking' the legislative process in Michigan.

SCOTUS rejects challenge to the ACA's employer mandate as it prepares to hear challenges to ACA's contraceptive coverage mandate.

Guardian explores how the pact between the U.S and U.K. led to modern surveillance; and, Glenn Greenwald responds to continued attacks over his release of Snowden's NSA leaks.

Next LA fire chief will have to deal with legacy of race and sex discrimination.

SCOTUS doesn't have enough to do.

Northern Illinois University student has been arrested after police discovered an AR-15 rifle and a handgun in his dorm room; federal agents claim gun made by a 3-D printer could threaten security; Iowa gun store owner has been arrested after selling fully automatic machine gun; Milwaukee youth help city officials develop strategies to reduce gun violence; and a Florida woman pulls a gun on a journalist.

Sen. Rubio is scheduled to speak at a conference led by an anti-gay activist; Indiana woman has been denied access to her partner who is currently unconscious in the hospital; and five Senagalese women could face as much as five years in prison because they are lesbians.

Supreme Court considers whether law enforcement officials violate the Fourth Amendment when they search an apartment after one roomate denies them entry but another later permits it; and TSA's profiling program is ineffective.

Fifth Circuit prepares to hear arguments over another University of Texas admissions policy that considers race.

WaPo's Cilizza details the places from which most of the country's campaign cash comes.

Cleveland tears down a school that was the focus of civil rights protests, a place where one protester died.

Guardian asks whether schools named after Confederate soldiers should change their names.

Angolan officials arrest five women on suspicion of being lesbians.