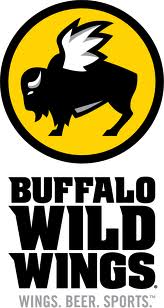 Specifically, they allege that the assistant manager at the restaurant at which they worked had created a hostile work environment by repeatedly telling a particularly incomprehensible racist joke (to my mind, its truly not understandable, but its
nevertheless available for your disgust in the complaint). He apparently wasn't punished after the plaintiffs complained about this behavior to BW3's human resources department. To the contrary, he was promoted.

And his promotion allegedly didn't assuage the abuse. He continued to make racist comments and give white employees preferential treatment. According to the complaint, he "allowed a white shift leader to strike and African American female employee with a plate without reprimand," and he even threw a plate of food at an African American cook.

This mistreatment apparently wasn't enough for him. He also wanted "to clean up the front of the house image," apparently meaning he wanted all the black people to move to the back of the house. The local CBS affiliate reports:

[The plaintiff's] claim that what happened to them was a systematic plan to have less interaction between African American employees and customers. FOX19 Investigates staff saw a number of African American workers serving customers at the Forest Park location.

However, FOX19 Investigates found a promotional video on the Buffalo Wild Wings corporate website that tells a different story. The video, aimed at prospective employees, is introduced by the company CEO.

It shows employees working at the chain's "most engaged" restaurant team of the year at a location in Memphis, Tenn. The video shows satisfied customers being served by happy workers, who participate in team huddles and high fives with co-workers and managers. But FOX19 Investigates noticed that in the nearly two-minute video, only non-African American workers were interacting with customers. African American workers are seen briefly only in the back of the restaurant or in the kitchen.

Finally, this BW3 manager also fired one of the plaintiff's even though she exceeded the metric used to determine whether employees fulfill their customer service obligations.

The complaint is here.