"When it Comes to Civil Forfeiture in Texas, You Have No Property Rights"

The title of this post comes from this incredible story by the Texas Observer's Forrest Wilder about Texas v. One 2004 Chevrolet Silverado, a case which demonstrates how local police and prosecutors in Texas have abused the state's civil forfeiture laws. Wilder writes:

A used-car salesman in Houston, Zaher El-Ali, had sold the Silverado, on credit, to another man, who was later arrested for drunk driving and cocaine possession. El-Ali held title to the vehicle while the man paid off the truck. He had nothing to do with the crimes. But that didn’t stop local law enforcement from seizing the vehicle as “contraband” and filing suit against the truck (thus the strangely titled lawsuit). If El-Ali wanted to keep the truck he would have to hire 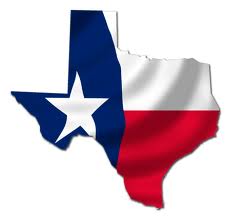 an attorney and prove that he was an “innocent owner”: a legal standard higher than the one faced by criminal defendants.

El-Ali chose to fight the seizure on fundamental grounds. Rather than mount an “innocent-driver” defense, El-Ali challenged the constitutionality of putting the burden of proof on him to prove his innocence. He lost at both the trial and appellate level, and the suit landed last year at the Texas Supreme Court. You’d think that Texas’ highest civil court—overseen by nine conservative Republicans—would be sympathetic to a case that turns so pivotally on property rights and the relationship between individuals and the state. After all, the court has adopted an increasingly fundamentalist view on property rights over the past decade. In rulings on the ownership of groundwater, the power of eminent domain and the right of access to public beaches, a majority of the court has embraced a view that enshrines private property rights as essential to “freedom itself,” as the court put it in one recent ruling.

But in El-Ali v. Texas, the court declined to review the case, pointing to a 1957 decision—the last time the court weighed in on civil forfeiture. The collective yawning of the majority didn’t sit well with three of the justices. Justice Don Willett, in a scathing dissent signed by two others, ripped his colleagues for punting. Willett bangs all the conservative gongs, quoting James Madison and Edmund Burke and opining that the case “evokes less Chevy than Kafka.”

“Forfeiture 2014-style is not forfeiture 1957-style 21st-century practice merits 21st-century scrutiny,” he wrote, noting that the vast expansion in the use of civil forfeiture occurred after the Legislature broadened the statute’s scope in 1989 to include a grab-bag of felonies and misdemeanors, and allowed cops and courts to split the profits. “In the quarter-century since, we have yet to revisit the protections due in such proceedings.

“A generation ago in America, asset forfeiture was limited to wresting ill-gotten gains from violent criminals. Today, it has a distinctive ‘Alice in Wonderland’ flavor, victimizing innocent citizens who’ve done nothing wrong.”