Title VI and the future of environmental civil rights

In Realizing the Promise of Environmental Civil Rights: The Renewed Effort to Enforce Title VI of the Civil Rights Act of 1964, Tony LoPresti argues that Title VI will not provide adequate protection 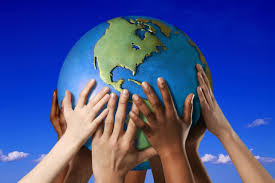 for environmental civil rights until the structural barriers to its enforcement are resolved. LoPresti offers several possible solutions to such problems. Here's the abstract:

The environmental justice movement has long pursued a viable mechanism for federal enforcement of environmental civil rights. No legal tool has inspired such high hopes — and such deep disappointment — as Title VI of the Civil Rights Act of 1964.

Without a private right of action to enforce Title VI, advocates have focused on filing administrative complaints with the Environmental Protection Agency. But, after twenty years of “active” enforcement and 247 complaints, EPA has yet to issue a single violation. Complaints alleging severe and discriminatory health impacts routinely languish at EPA’s Office of Civil Rights for years without response, in clear violation of the Agency’s own regulations.

In spite of EPA’s dismal record, advocates have found cause for optimism in a Ninth Circuit decision chastising EPA for its “pattern of delay,” a scathing audit of the Office of Civil Rights, and some encouraging steps by Administrator Lisa Jackson. While these recent developments have kept advocates invested in Title VI, little has been done to address the structural barriers that have stymied effective enforcement. This article discusses these structural barriers in the context of three controversial complaints, and proposes solutions that EPA can put into place. The solutions — creating effective remedies, building accountability into the Office of Civil Rights’ enforcement system, and easing the tension between federal authority and state autonomy — form the backdrop of any effort to improve enforcement of environmental civil rights.

EPA’s ability to create a legitimate Title VI program will be pivotal to the future of environmental justice. And, in an administrative state that allocates hundreds of billions in federal assistance each year, Title VI may be the most critical battleground in defining the ongoing legacy of the civil rights movement.