Even if you think separatism is a heinous crime, the charges in this case were utterly bogus: Ilham ("Tohti" is his father's name, not a surname) is well known as someone who does not support independence for Xinjiang. I have met him and talked about these very issues. He does support more genuine autonomy for Xinjiang and for less repressive policies toward Uighurs. He has criticized the government. (These points are all true of a number of Han Chinese, too, but they have not been thrown into jail.) Apparently that was enough.

As many people have pointed out, jailing and intimidating Ilham and moderates like him is just about exactly the most counter-productive path on could imagine for the Chinese government to follow. They don't want moderate Uighurs; do they prefer radicals?

As the 25th anniversary of the June 4th Beijing massacre approaches, let's remember what things looked like in Tiananmen Square on this date (April 27) in 1989: 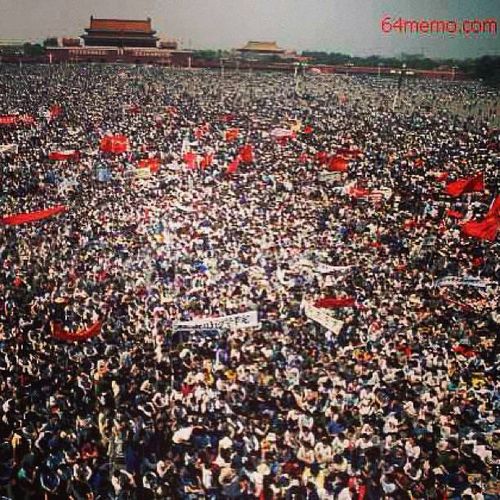 The post will remain open until filled, so interested persons should apply as soon as possible. The job announcement is attached here. According to the job announcement, the location is "ideally" Washington, DC.