Story below. I think this falls under the “be careful what you wish for” category. We always complain about the weakness of Chinese courts in enforcing their judgments, but this reminds us that if the state is well-organized enough, it can make your life miserable not only for good reasons (as here) but for bad reasons as well. Bullet trains today, credit cards tomorrow, and ATMs the day after. They won’t need to arrest the lawyers in that case. 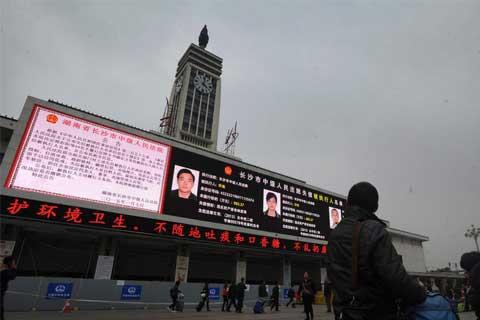 (Beijing) – People who do not make payments ordered by judges cannot ride on China's popular bullet trains, the highest court has said, adding to the list of services that are off-limits to individuals who fail to make child support payments or repay debts.

The Supreme People's Court said on July 21 the ban is intended to clamp down on people who have been ignoring rulings that they repay a debt or provide compensation for some wrongdoing. The order came into effect on July 22.

In 2010, the top court said that people who did not make payments ordered by judges could not buy airplane tickets, ride sleeper trains, or stay at rated hotels and resorts.

People in China must provide ID when they buy train tickets or check into hotels. To enforce the crackdown, the judicial system gives a list of people who have failed to repay debts or make compensation to airlines, train ticket sellers and hotels.

The country's judicial system is often seen as weak because its orders are often ignored. There is little cooperation between the courts and police regarding civil lawsuits, child support disputes and compensation for injuring someone, for example. This has meant that people who owe debts to others can go about their daily routines unaffected.

Liu Guixiang, who heads a division overseeing enforcement of rulings at the Supreme People's Court, said that adding bullet trains to banned services could prompt more people to make court-ordered payments because this form of transport has become very popular with travelers.

Nearly half of the country's train passengers in the first half of the year – about 2.9 million people – rode bullet trains, data from railroad operator show. China has been building a huge high-speed train network in recent years and is still adding to it. Bullet train travel is generally seen as affordable and comfortable, and the lines linking major cities, such as Beijing and Shanghai, are popular, especially on holidays.

The top court will also urge lower courts to hand out stiffer punishments for failing to repay debts, Liu said. Data from the highest court show that more than 58,000 people were detained from the beginning of 2010 to the end of June for failing to make good on a debt, but only 864 were charged with a crime.