More on the banning of Tang Wei 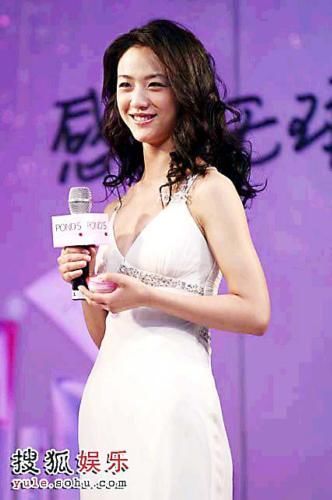 Having chivalrously taken up the cudgel on behalf of Tang Wei, I now present some follow-up. A report in the Procuratorial Daily discusses some of the legal issues involved in the banning order. Here's a summary (i.e., a hasty, selective, and inexact quasi-translation, with the really inexact parts in square brackets):

Just before March 7, the media reported that Tang Wei, the star of "Lust, Caution," had been "banned," and that cosmetics advertisements in which she appeared as a spokesperson were no longer being broadcast.

On March 9, Zhang Haitao, the vice director of the State Administration of Radio, Film, and Television, in response to reporters' questions, said, "This policy is directed at subject matter, not people." But he did not reply as to the reason for the banning. Zhang's words were interpreted by the media as a first direct official confirmation of Tang Wei's having been "banned." The company on whose behalf Tang had appeared in advertisements [i.e., Pond's] also confirmed that many television stations had stopped broadcasting Pond's advertisements with Tang Wei, but that the reason was by no means clear.

On March 13, at a press conference in connection with the Two Meetings [i.e., the National People's Congress and the Chinese People's Political Consultative Congress], the Vice Minister of Culture, Zhou Heping, upon being asked about the banning order, said, "As long as they are in accordance with China's rules, in accordance with China's relevant rules about the administration of advertising, then I think these things should be permitted."

On March 18, a relevant person at SARFT, during a media interview, said that SARFT had not "completely banned" Tang Wei, but was simply not encouraging the continued expansion of her influence. Tang Wei was a good actress, but many young people thought that they could be like her and strip their way to fame; this could easily have a negative effect on the maturation of young people.

The news of Tang Wei's being banned drew a lot of attention. On March 19, a large number of legal scholars participated in a meeting held in Beijing on the legal aspects of the phenomenon of banning. Some experts believed that the racy scenes in "Lust, Caution" had a bad influence on society, particularly on young people, and should have been banned; that the actions of SARFT were welcomed by the people; but that this banning order had a number of legal problems.

"'Lust, Caution' was shown on the mainland in a cut version that was approved by SARFT, and didn't contain any over-the-top sex scenes. If it had any problems, it is SARFT's behind that should get paddled first, because it was SARFT that approved it. How can Tang Wei be asked to take responsibility?" "Fundamentally, this is not a problem of just Tang Wei alone; the whole movie crew is responsible." Scholar Hao Jian from the Beijing Film Institute believes that when "Lust, Caution" was shown and under discussion, there was no overt administrative interference from the government, but then SARFT issued its banning order against Tang Wei appearing in advertisements in film or on television. The issuance and implementation of the banning order will have a great effect on Tang Wei and on artistic creation on the Chinese mainland.

[The article then has a few more quotes from Hao Jian saying it's absurd to ask Tang Wei to shoulder all the responsibility for this; how is she supposed to know what the government considers artistically and historically appropriate? If anyone, it's the censors who should be punished.]

[Other scholars are then quoted saying that the banning order should be in the form of an official document that sets for the nature of and reasons for the banning; that the government has to justify its actions to Tang Wei and to the public. One says it's not about whether the movie is good or bad, or what kind of a person Tang Wei is, but rather about the need for limits on government power. Another one looks at SARFT's listed powers and responsibilities and finds no legal basis for the issuing of a banning order.]

Listed below are links to weblogs that reference More on the banning of Tang Wei:

Fundamentally, this is not a problem of just Tang Wei alone; the whole movie crew is responsible