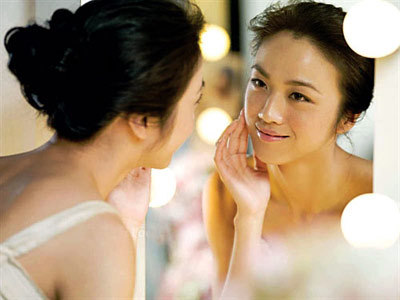 The China Digital Times reports that in a telephone memo, the State Administration of Radio, Film and Television has banned media in China under its authority from having anything to do with Tang Wei, the actress who starred in "Lust, Caution." The memo reportedly says, among other things, ""All television programs, including news, features, entertainment, advertising and live broadcasts, must not cover Tang Wei or stir up issues related to her from now on." The memo, reportedly issued on March 6th, seems to coincide with the issuance by SARFT on March 3rd of a notice restating its policy on censorship.

The banning was reported on March 8th by the Hollywood Reporter, and although SARFT clearly doesn't want to talk about it - what doesn't exist can't be effectively challenged, after all - a SARFT official acknowledged the action in remarks at the meeting the Chinese People's Political Consultative Congress currently taking place in Beijing.

This action raises all kinds of interesting questions, the primary one of which of course is whether she would have standing to sue SARFT under the Administrative Litigation Law (or indeed, any other law) to make it justify the legality of its action - assuming unrealistically that any court would take the case. After all, the order isn't directed at her; plenty of reason for a nervous court to decline to take the case.

Listed below are links to weblogs that reference "Lust, Caution" star Tang Wei banned in China:

I suspect that there might be other pictures of Tang Wei that, where you to post one of those instead, would drastically increase the hit count for your blog.

Needless to say, thoughts like THAT have no place on this blog.

However, they DO have a place on this blog: [redacted]