Crossing the Canada–United States Border: Business Travelers Might Need Training on What Not to Say 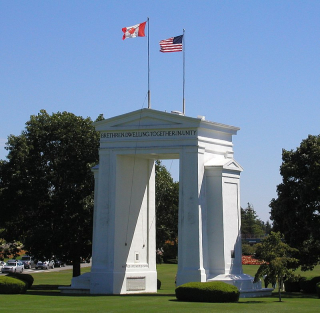 Business travelers crossing the Canada–United States border should be mindful of what they say to immigration authorities. Canada legalized recreational marijuana use and cultivation this month.

Under the Cannabis Act, adults are allowed to possess, carry and share with other adults up to 30 grams of dried cannabis. They will also be permitted a maximum of four homegrown marijuana plants per household in most provinces. However, the substance is still illegal under federal law in the United States. If an immigration authority suspects someone at the border of illegal activity, which includes possession of marijuana in the United States, the authority may stop the person and refuse entry.

Stefanie Di Francesco, a Canadian employment attorney at McMillan LLP, reports that companies that require employees to regularly cross United States-Canada border would benefit from specific training for those employees regarding how to handle port of entry questioning with immigration authorities.

Both Canadian and American immigration authorities at the ports of entry , she notes, must assess whether a traveler is admissible for entry, which includes assessing whether a traveller is criminally inadmissible. According to Di Francesco:

A traveller is considered to be criminally inadmissible to the United States if the person violated any law or regulation of any state, the federal government, or a foreign country relating to a controlled substance, which includes cannabis and cannabis related products. As in Canada, an actual conviction for a crime is not required for a traveller to be found inadmissible. Admitting to the essential elements of an American crime will render a person criminally inadmissible to the United States even if that conduct is legal in Canada.”

As with any law enforcement matter, a traveler’s experience may vary depending on the officer. It should be noted that immigration authorities employed by the United States government are required to enforce federal law, especially with respect to illegal drugs. However, according to Di Francesco, “[U]nless there is directive from the federal government, travelers’ experiences may vary significantly depending on the particular officer responsible for reviewing their status at the port of entry.” In the case of business travelers, it is best not to take chances. Not only is a business traveler likely a valuable member of a company’s team, they also represent the company and affect the company's reputation even outside of normal work parameters. For this reason, it is advisable that such business travelers know how to handle any situation that could arise at the border due to new cannabis laws.

For example, an immigration authority could simply ask, “Have you ever used marijuana either prior to or following its legalization in Canada?” Given the agent’s broad latitude for decision-making at the border, if the traveler answers yes, the admission could be used as a basis to determine that they are inadmissible. Not surprisingly, there are risks for those employed in Canada’s cannabis industry. Authorities can question a business traveler about the purpose of their proposed entry, their employer’s business, and whether the traveler has aided in the production or sale of cannabis as part of their employment. The answers given could be viewed by an officer as providing a basis for a finding of inadmissibility.

Di Stefano advises employers whose businesses rely on cross border travel to draft clear employment policies to address requirements around cannabis use for employees who travel internationally on business; ensure employees are adequately prepared for port of entry questioning, which may include conducting training on best practices; and include contractual provisions in employment agreements concerning termination where international travel is required and the employee is found inadmissible to the United States (or another country).