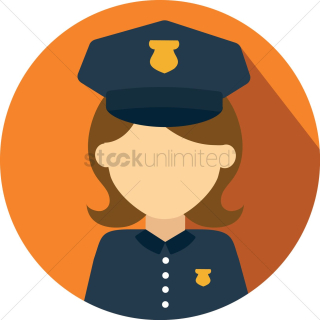 I recently interviewed police officer Jane Doe to get her take on how her police department and the greater Dallas County area handles illegal marijuana usage.  Officer Doe thought it would be easier to be candid if should could speak without attribution.

Whether there are policies in place at the local level, whether there are “unwritten rules” on how to handle marijuana, if she has seen changes on how marijuana usage is handled throughout the years, her opinion on allocating police resources towards illegal marijuana usage, and her thoughts on the future of marijuana in the criminal sphere.

Jane Doe has been working for the department for several years. She started off as an emergency dispatcher and transitioned into becoming a police officer. Due to her roles in the police department, she had the opportunity to see how other police officers handled marijuana related cases, see any changes made on a wide-spread level, and has practiced those regulations as an officer herself.

Q: Can you tell me a little about your background and what got you interested in becoming a police officer?

A: I have always wanted to be a police officer. I grew up in Pleasant Grove [a neighborhood in Dallas, Texas; an area with one of the highest crime rates in the country and full of drug dealers]. I saw how often people would slip through the cracks or just were not given a fair chance as well as bad people who wanted to cause harm so I wanted to do something on a local level to help. Becoming a police officer was a method to help keep the streets safe from actual bad people but also help those that just made a mistake and need a kick in the right direction. Too often the police officers working in high crime rate areas do not understand the issues people face and have difficulty building a relationship with the community.

Q: During your training to become a police officer was there any focus on dealing with marijuana users?

A: Minimal, the training focused on the difference of driving under influence and driving while intoxicated. Substances would be more subjective tests – eyes, smell, speak, stuff like that. When dealing with marijuana, the officer has more discretion on whether fines, arrests, or sobriety tests are performed. Dallas County has more lenient rules for marijuana.

Q: Was there anything different about your marijuana training compared to other crimes?

A: Not really; we mostly follow the same procedures for all possibilities. There are some different levels of caution, calling-in, discretion, and other procedures but there was not anything that stuck out about dealing with possible marijuana possession.

Q: Once on the job, did you find any differences in dealing with marijuana users compared to that in your training?

A: Not really, no. Of course with experience and field work all things change for the better but the training was definitely a good and accurate starting point on how to handle such calls. However, I did come in contact with a lot more marijuana possession instances than I thought I would. It is definitely not segregated to a certain class or type people as a lot of sources might make it seem. The interactions are daily; about two out of every five traffic stops, I can smell or tell that the person or someone in the car has been using marijuana or has it on them. On highway stops, it increases to about 90% of them are marijuana users; again ranged in all type of people.

Q: Do people caught with marijuana say anything or how do they address it?

A: Scared and worried; ignorance of the legal process – they do not know that just because it looks like they have been smoking weed, it still needs to be proven. Their response really has a lot to do with how officers deal with the person.

Q: How would you describe your interactions?

A: More of a personal interaction – like a friend. They react a lot more relaxed and straight forward.

Q: Any large differences on how other cops act with them, compared to yourself?

A: New officers, less experienced officers, or those sheltered growing up are awkward about their role and often it does not go as smoothly. Also seen other officers who are great in interacting with people and communicating with general public – makes the people feel comfortable.

Q: What happens when they admit to having MJ?

A: If it is a usable amount then it is an arrest but I explain to people what is going to happen (class B misdemeanor). I try to be very helpful as far as let them call their moms or spouses, whatever they need to alert someone of what is about to happen.

Q: From your experience on the job and from what you hear from other officers has the amount of marijuana users changed in the past few years?

A: People are a lot more comfortable smoking out in public or in their cars or everywhere whereas before they were trying to hide. Depends a lot on the officer – a lot of officer discretion. I always find myself asking why I should arrest someone over such a small amount when I could be arresting someone on meth or committing a violent crime.

Q: Has legalization of adult use of marijuana in other states had any impact in Texas?

A: Feel like Texas is doing its own thing regardless of other states; don’t see it changing anytime soon.

Q: Has legalization of adult use of marijuana in other states impacted how people defend their marijuana use?

A: Absolutely, for people, a lot of people do not know the laws so for example people order stuff online and don’t know it is a felony. Higher charge than a bag of weed. THC pens and gummies and all sorts of things. The FedEx security unit calls the cops if they see anything or smell anything regarding marijuana usage. We do not arrest the buyer or seller, the item is just put under a “found property report” and then people call in, mad that their item never arrived. We only arrest if the item is found on the person.

Q: Have there been any changes in orders from the chief of police on how to deal with marijuana users?

A: No, there has been no comment on it from chief of police. Our department is a lot smaller however so maybe the chief for Dallas has said something about it.

Q: Compared to other drug related offenses, how prevalent is marijuana?

A: Marijuana comes across a lot more often but partly because of smell but it is just as much of an issue as other substances. People under the influence of marijuana are a lot more relaxed and chill, easier to explain, easier to deal with because of nature of substance. Cocaine, alcohol, and crack and other substances make them a lot harder to handle because of nature of the substance. There is also the chance that whatever they used might be mixed with something else.

Q: For other substances, is there also officer discretion?

A: Yes, different because it is a lot easier to test, bigger charge, marijuana alone is its own safety code under the Health and Safety Code - a definite arrest.

Q: Do you come across a large amount of dealers?

A: No, “big time” dealers just some dude with scales and wad of money. They vary from nerdy looking kid to guy who resisted and fought officers. It’s a never know.

Q: Do you see any changes coming to how your department or police departments in general handle marijuana related crimes in the next five to ten years?

A: Probably not; I think things stay about the same in Texas. No drastic changes coming anytime soon.

I’ve always known officers have a huge amount of discretion in dealing with suspected marijuana use, but I think it was helpful seeing your article solidify an actual officer’s perspective. Also, I think this strikes at the heart of one of the issues with driving-while-under-the-influence offenses with suspected marijuana use—that being the difficulty in actually identifying use/impairment. I know there has been some research done regarding a marijuana equivalent to a breathalyzer. And I think the more prevalent legalization becomes, the more essential a device like this becomes for officers to have. Otherwise, officer discretion can become a slippery slope with ill impact.