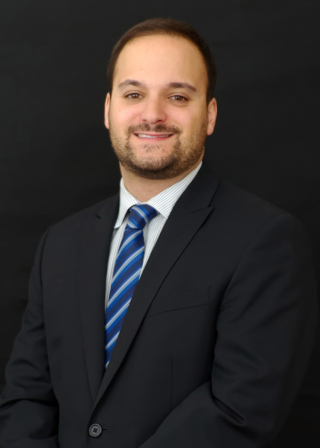 I recently had the privilege of interviewing Nadav Aschner of McAllister Garfield, P.C., a full-service law firm focused on serving the cannabis industries in the states of Colorado, Washington, Oregon, and Florida. In his legal career, Mr. Aschner has worked in both criminal and civil positions, as well as serving in a judicial clerkship in the state court system in Colorado. Currently, his practice focuses on all civil and regulatory aspects of marijuana law, including business development, licensing, regulatory compliance, and litigation. He regularly drafts contracts and agreements for dispensaries and has represented dispensaries in administrative proceedings. He is an avid rock climber, skier, and soccer player, and is the co-founder of a Denver-based record label that manages artists throughout Colorado & US. I asked him some questions about topics related to both the business side of marijuana legalization, and the policy questions surrounding criminal law inherent in marijuana legalization.

Q: Tell me about your educational and professional background, and how you became involved in the field of marijuana law?

A: I graduated from Vanderbilt University in 2010, spent the summer working at a summer camp just to clear my head and then moved to Denver to attend DU law. I sort of fell into marijuana. I went to DU for environmental law, but found it boring. Colorado passed Amendment 64 (retail marijuana) in 2012, and I started working for Sean McAllister as a law clerk around that same time in 2012. The firm’s practice had an emphasis on criminal defense, but as retail marijuana dispensaries began to open up in January 2014, the firm really shifted its focus away from criminal and towards business and regulatory work.

Q: Describe your day to day life in the practice of cannabis law.

A: Every day is different. On any given day I do work for anywhere between 10-30 clients, depending on various deadlines and the urgency of matters. Today I worked on some litigation motions, worked on a purchase agreement through which a client will buy a cannabis business, had settlement discussions for a few pending litigation actions and a few matters that may head towards litigation, and worked with a client on responses to demands for business records for a client who is facing regulatory enforcement for violation of state regulations, among other things. There’s no normal, which is nice, but also frustrating because I never know what emergency I’ll wake up to. I try to schedule one day a week with no client meetings and no other deadlines, just so that I can respond to emergencies that have come up that week. Sometimes there are after-work events with trade associations, regulators, etc.

Q: Colorado is widely considered to be a trailblazing state with respect to its legalization and commercialization of recreational marijuana. What collateral effects–good or bad–has the marijuana business had on the state?

A: I think Colorado is over-regulated. We were the first and possibly the most restrictive. In part, that’s because all eyes were on us. Some of our “over-regulation” is good because it helps keep marijuana out of childrens’ hands, etc. But it’s hard to run a business and stay compliant when the rules are so restrictive and change so often. The over-regulation has also contributed to the black market, in that some people who can’t afford to pay the high costs of daily compliance will choose to illegally grow and sell marijuana (often across state lines) because it is far less expensive and far more lucrative.

Q: Would you suggest that Colorado be considered a model for state legalization? Why or why not?

A: See previous answer. We are definitely a model for most other states, which is both good and bad. One big ticket item that many other states have chosen not to adopt is CO’s restrictions on out-of-state resident ownership of a marijuana business. Colorado has loosened its residency requirements in the last 2 years, but we are still far more restrictive than most states.

Q: In terms of legislative policy and cultural shift, was there a specific moment in time when you could tell that full legalization of marijuana in Colorado was imminent, and if so, how did you prepare for it as a professional?

A: It all happened while I was in school. I didn’t live here until 2010, and marijuana was easy to get but it was only medical. The retail/recreational component came on strong in 2011/2012 but I honestly didn’t pay much attention to it until it came time to vote and I was working for Sean.

Q: We have discussed decriminalization of marijuana and retroactive clemency for low-level offenders in our class on several occasions; has Colorado adopted such a policy?

A: Decriminalization, yes. Retroactive clemency, no. There were some cases pending appeal that were dismissed but those who had marijuana felonies on their record prior to legalization still have those.

Q: How has it been implemented and have there been any societal issues resulting, and if not, have there been calls for such a policy in light of the state’s full marijuana legalization?

A: Those with felonies on their records for an act (like possession of a few ounces) that would not be a felony now are left high and dry.

Q: We have also discussed marijuana’s classification by the UN as a major reason the US has not pursued federal legalization. Do you believe it would be a good idea for the US to act as a leader in this field by legalizing marijuana, and do you think that federal legalization would result in more widespread legalization by other nations?

A: Of course! My concern is that federal legalization will not be rolled out properly. We already see favoritism with respect to FDA studies, etc. (see Epidiolex https://www.fda.gov/newsevents/newsroom/pressannouncements/ucm611046.htm)

Q: What do you know about the struggles faced by marijuana businesses due to their inability to deposit cash in banks? Is it a problem that is being addressed by the state government in any way?

A: It is a huge problem and will take congressional action to resolve. Banks that do handle marijuana accounts charge exorbitant fees. Clients lose accounts because their money smells like weed, or they deposit too much cash or have to many cash deposits in too short a time. It is only being addressed through legislation that hasn’t passed yet.

Q: In a field where many products are essentially fungible, and there is a dispensary on every street corner, how do marijuana businesses differentiate themselves to become and stay successful?

A: That’s a free-market issue. Everyone has different preferences. Some want a high-end store, some want a seedy store that reminds them of buying weed from a dealer in high school. A lot of businesses work hard on their branding and marketing. There are more dispensaries in Denver than Starbucks and McDonalds combined. Most marijuana businesses aren’t money-making machines. Most businesses break even, barely. Many fail. Only a few are making the kind of cash that most people think. The reason for that is IRC 280(E), which prohibits certain tax deductions that other industries are allowed to take. That results in a much higher tax bill for cannabis businesses, and a much lower take-home for the owners who work their asses of every day. This will require federal legislation to alter.

A: Take classes that teach you about corporations, taxes, employment law, intellectual property, etc. Get courtroom and litigation experience if you want to handle any kind of litigation. Marijuana law is a misnomer. Marijuana law is just a dozen different areas of law rolled into one, with an emphasis on the plant and the businesses who cultivate it, extract it, and sell it. The best thing you can do is have a broad knowledge of the law, and apply what you know to the unique situations that come up every day in the cannabis world.