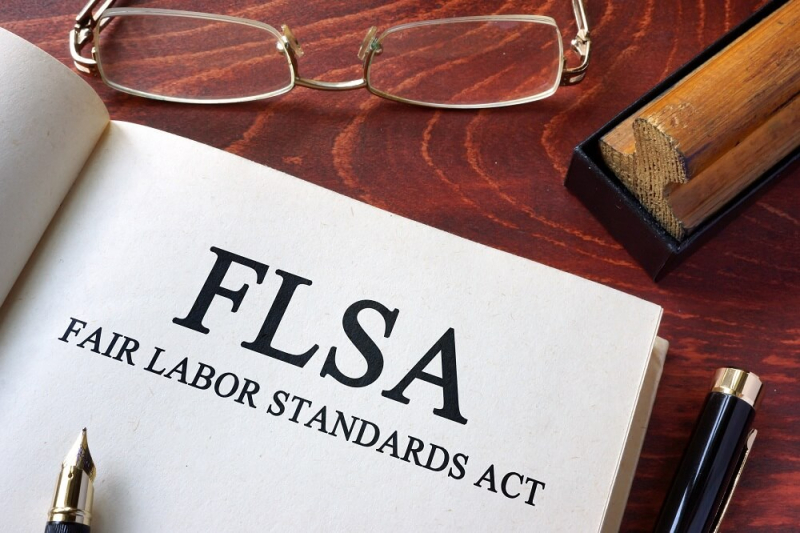 Greenwood was brought to court by a courier who transported marijuana samples for the defendant (Plaintiff). The defendant operates a marijuana testing facility in Portland (Defendant). Defendant classified Plaintiff as an independent contractor, despite controlling all aspects of his work. Plaintiff complained that due to his employee misclassification, he made significantly less than minimum wage. Plaintiff questioned his status as an independent contractor, and Defendent started to pay him an hourly wage. Plaintiff was fired a month later, and Defendant gave no explanation except that the business was "going in another direction."

Plaintiff brought Defendant to court, claiming Defendant violated provisions of the FLSA and Oregon wage and hour statutes. Defendant moved to dismiss the FLSA claims because it believed the claims were barred by the federal Controlled Substances Act (CSA). The District Court corrected the motion as a motion for failure to state a claim under FRCP 12(b)(6).

Defendant essentially argued that Plaintiff could not "invoke the power of a federal statute to enforce an alleged employment relationship that was based entirely on an occupation that is federally illegal." Plaintiff responded that marijuana's legality was not relevant to his claims under the FLSA because the two did not inherently conflict.

The District Court recited that “Dismissal is proper when the complaint does not make out a cognizable legal theory or does not allege sufficient facts to support a cognizable legal theory.” The District court also recognized that, "As to the specific issue raised here, the parties have not cited, and I have not found, any judicial decision addressing whether the FLSA covers employees working for state-sanctioned medical marijuana businesses."

Because the District Court had no precedent to rely on statutory interpretation of the FLSA guided its decision:

In resolving this issue of statutory interpretation I start with the premise that the FLSA is a remedial statute “to be construed liberally in favor of employees; exemptions are narrowly construed against employers." Haro v. City of Los Angeles, 745 F.3d 1249, 1256 (9th Cir. 2014). "The FLSA requires that employers comply with minimum labor standards to promote “the health, efficiency, and general well-being of workers." 29 U.S.C. § 202(a).

The District Court concluded that, due to the remedial nature of the FLSA, any possible violations of the CSA should not bar state-legal marijuana company employees from protection. The District Court reasoned that it was not comfortable "categorically excluding" workers in the medical marijuana industry when there is no express exclusion in the FLSA.

The court echoed the statement that an employer violating a law should not have a licence to violate another. It further cited the Ogden Memorandum "authorizing the medical use of marijuana" as evidence that the federal government was moving toward tolerance and that the CSA and FLSA did not inherently conflict.

Ultimately, the District Court denied Defendants motion to dismiss on these grounds. It did not make any decisions about the merits of Plaintiffs FLSA claims, and the case was eventually settled.

Greenwood is a victory for employees in the legal marijuana industry because it suggests the federal government is not going to be completely hands-off in the marijuana industry and may offer other protections over time. The Greenwood decision has already been cited in two other district court decisions (Kenney v. Helix TCS, Inc, and Tarr v. USF Reddaway, Inc.), which suggests its holding will continue to be applied. The cases that cited the opinion were in Oregon and Colorado, so we will have to wait to see if other districts continue to apply the Greenwood court's ruling.

That seems like a stretch of an argument by the employer's attorneys, and apparently the court saw right through it. I agree with you that it is a good sign that the federal government is willing to disregard marijuana's federal illegality in order to enforce employee protection statutes like FLSA. This sounds like another awkward interaction between marijuana's illegality and the federal government's desire to keep the wheels turning so to speak, we have seem some similar behaviors in enforcement of tax law and patent/trademark protections.

I think ultimately the court made the right decision here and I agree this is a win for industry employees. It's fascinating to watch how courts are navigating around the illegality of marijuana at the federal level when dealing with conflicting federal/state laws.