It's no secret that recreational marijuana is a cash cow, but until recently, retailers have had no piggy bank in which to deposit all their earnings. However, thanks to the efforts of Gardner Federal Credit Union, marijuana dispensaries in Massachusetts may have found a home for their earnings. The Boston Business Journal has the story: 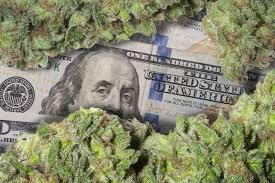 The bank said Friday afternoon that it would begin banking for the industry, working with Safe Harbor Services, a
wholly-owned affiliate of Partner Colorado Credit Union that is the leader in compliance-based cannabis banking services.

“As a credit union committed to helping people and serving the underserved, we found in Safe Harbor a partner who offered a viable and proven compliant-based cannabis banking option and a way to keep our communities safe. Our board of directors recognizes the need to provide banking services for the safety of our citizens in reducing the ‘cash on the streets’ and I applaud them for their vision and commitment to providing public safety," said GFA Federal Credit Union’s CEO, Tina Sbrega.

Banking has long been a thorn in the side of recreational marijuana retailers. Because marijuana is still illegal at the federal level, if a bank were to accept funds derived from marijuana sales, that would constitute money laundering. The resulting friction between state legalization and federal drug policy has created an business ecosystem where cash is king. Colorado marijuana entrepreneur Babak Behzadzadeh told The New York Times: "If we had bank accounts, it'd be much easier."

Safe Harbor Services began helping local banks and credit unions in Colorado accept marijuana money in 2014, serving a vital–and very profitable–role in the cannabis industry. The company has expanded its reach outside of Colorado, now offering its services to credit unions like Gardner Credit Union in Massachusetts. The company is able to help its customers deposit their cannabis profits "legally" by ensuring that none of the money is derived from activities specifically prohibited by the Cole memorandum, and that the banks who accepted cannabis cash were careful about what they did with it–specifically ensuring that it did not migrate outside of states in which marijuana was legal. However, with the recent rescission of the Cole memorandum by Attorney General Jeff Sessions, it is not clear that Safe Harbor will be able to continue offering their services to financial institutions.

Polls show that the majority of Americans favor legalization of marijuana, and 30 states have legalized the drug in some form. With this increasing momentum in favor of legalization, states have expressed an interest in allowing banks to accept money derived from marijuana sales in order to quell threats of violence and robbery to marijuana businesses, who generally carry large amounts of cash on hand. Whether the current administration will crack down on organizations like Safe Harbor and their partners like Gardner Credit Union in Massachusetts remains to be seen, but something will have to be done with all of the cash currently being generated by the marijuana industry.